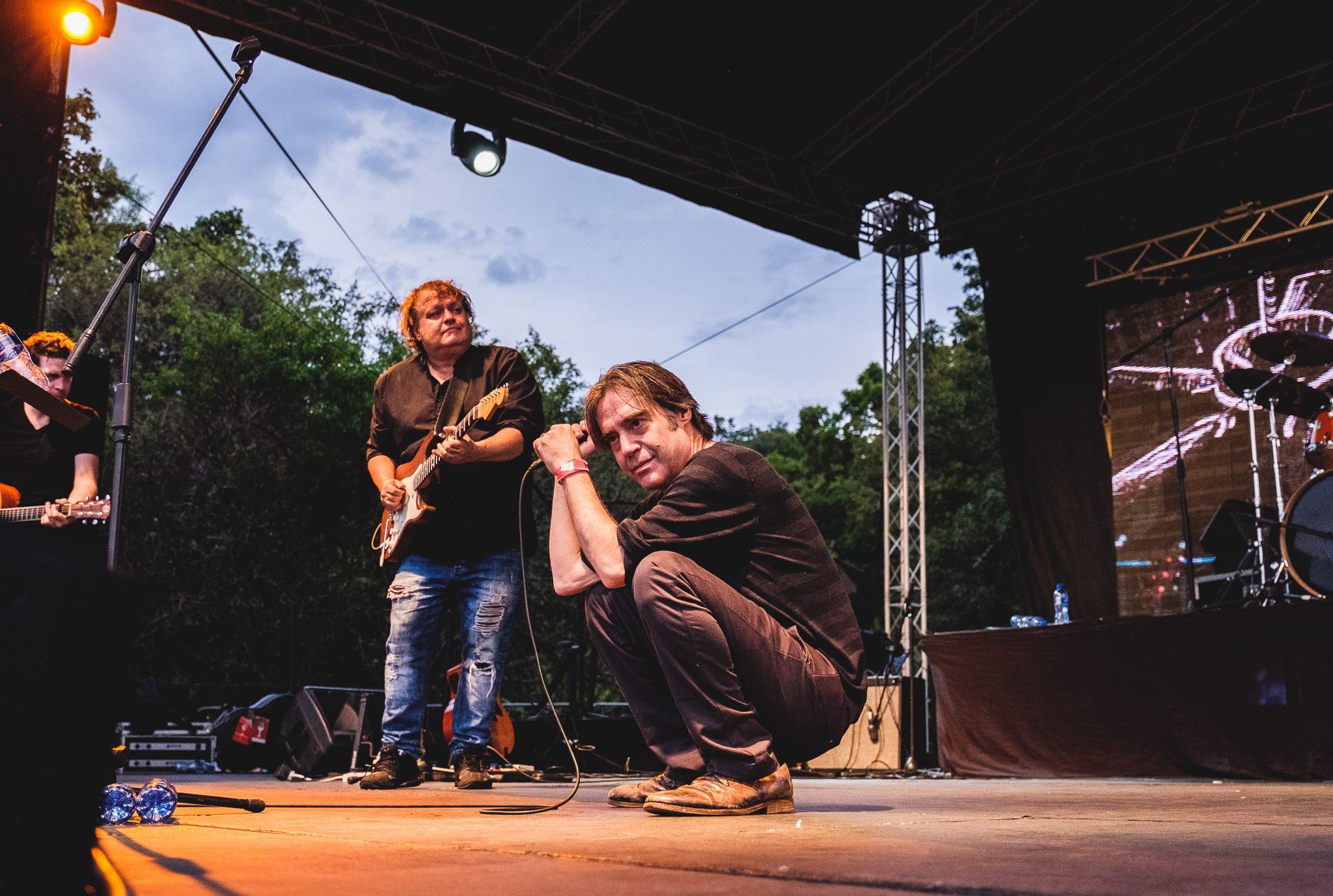 Crash Test Dummies – 20 years on, as (ir)relevant as ever

5 March 2018 Off By Floris Groenewald

You see a lot of complaints online every time a major international band gets booked to perform in South Africa. Terms like “irrelevant” and “has-beens” get used, often accompanied by “haven’t released an album in 20 years.” And I’m pretty sure similar sentiments were expressed when Crash Test Dummies were announced to visit in February this year. But you can’t be surprised. They hit their mainstream success in the 1990s. And if you, like me, have a hard time keeping up with dates, that’s TWO DECADES AGO. I don’t really know about the rest of the internet, but I was definitely excited to see the show. 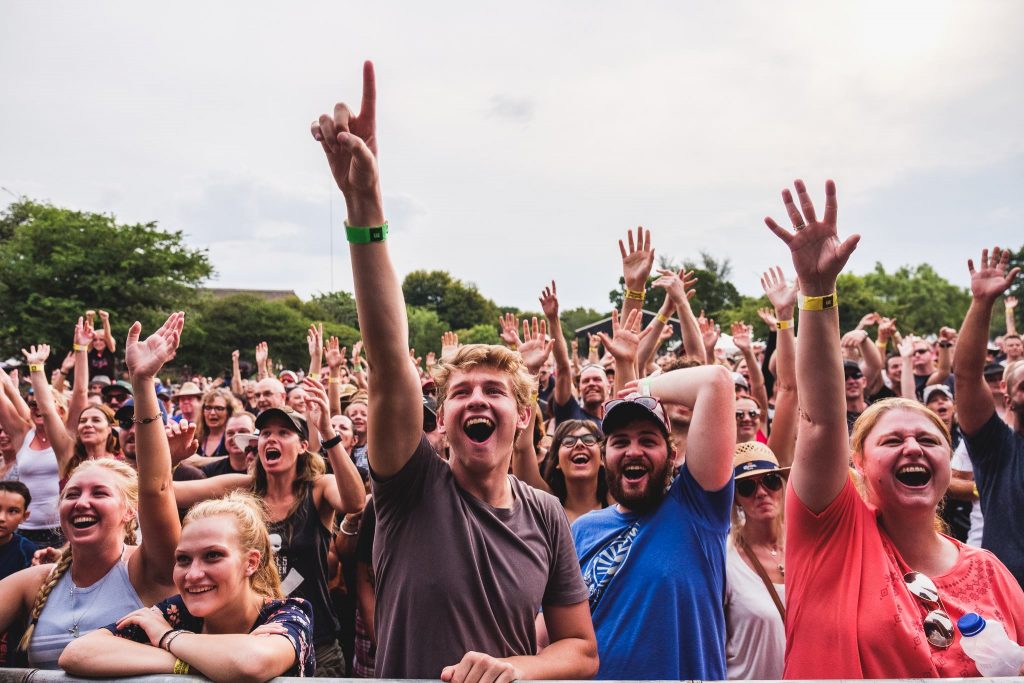 This is the second time that relatively new group Melos Live brought international acts to South African shores. And after Malibou State in December last year, Crash Test Dummies were the first on the rock side of the musical spectrum. They planned two dates — one in Cape Town’s Hillcrest Quarry, and one in the Pretoria Botanical Gardens — with a pretty diverse lineup: Wonderboom, AKING, and Bed on Bricks, (plus Dummies fans Adventure Man opening the Pretoria show).

We attended the Pretoria show, and the unruly and unpredictable Gauteng weather decided to play along with a lovely summery day. The unfortunate flipside of that, of course, in a garden that offers limited shaded seating, is a hot day where sun protection and beer were high priorities. As always with these kinds of events, the bar had limited selection, but I was pleasantly surprised that the choices weren’t limited to the same old SAB products (in fact, the regular offenders weren’t available at all). Instead, refreshing Red Rock Brewery craft beers were on sale – at higher-than-Black-Label, but reasonable-for-craft-beer prices. 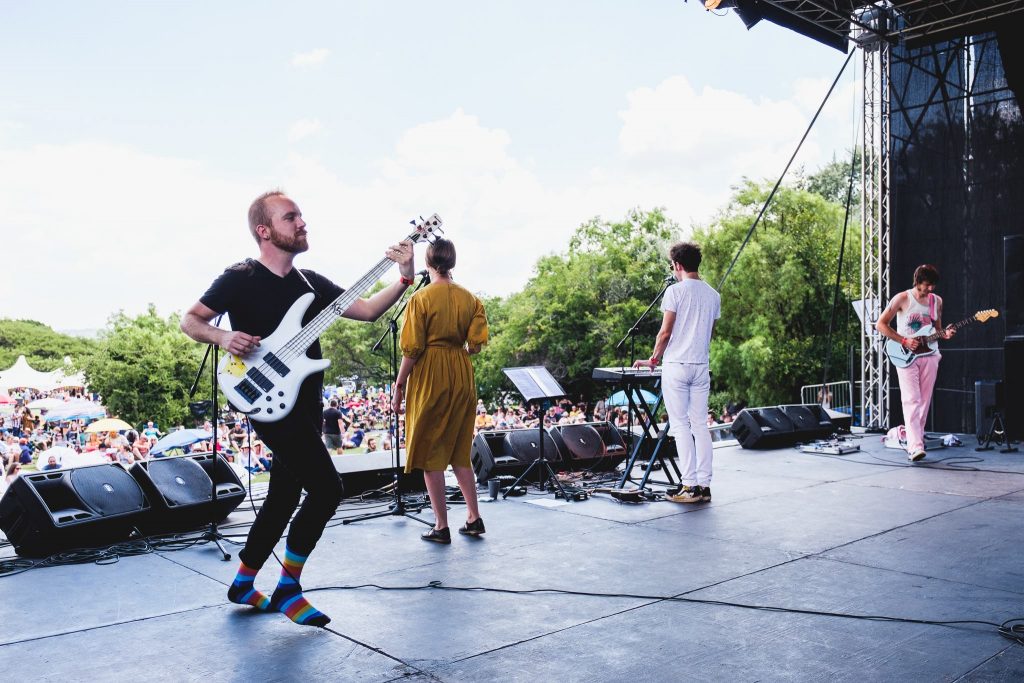 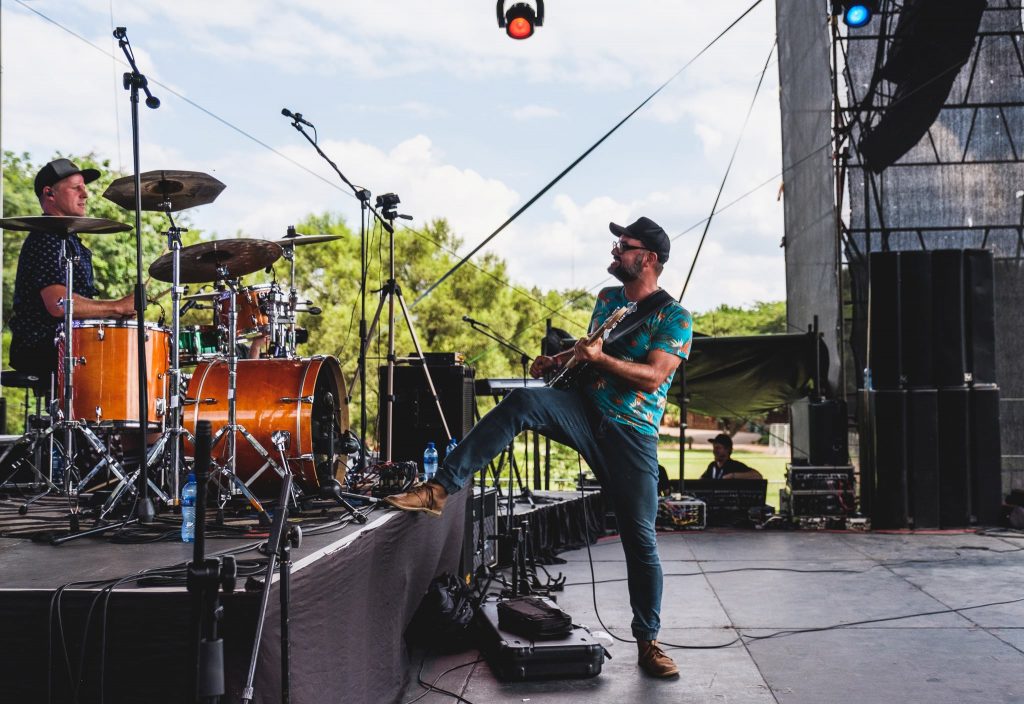 It’s in subtle things like this that you realise the event organisers know what they’re doing. More expensive but better beer, a Sunday afternoon gardens concert, and a band that hit their peak 20 years ago all point to the same thing: A slightly older audience than most modern rock events cater for. The local supporting lineup had the required amount of rock, without inciting noise complaints, and enough relative diversity to avoid staleness. Adventure Man’s quirky songs (mostly about his dogs) was appropriately charming, Bed on Bricks (a rarer sight in Gauteng than the rest) kept things interesting with a masterful addition of funk, AKING rocks like the best of them (despite the fact that they could use some fresh material – new album time?), and Wonderboom could easily have been the headline act. In fact, Wonderboom proves that having been on stages in the 1990s is no disadvantage to your ability to command the stage, the amplifiers, and the audience. 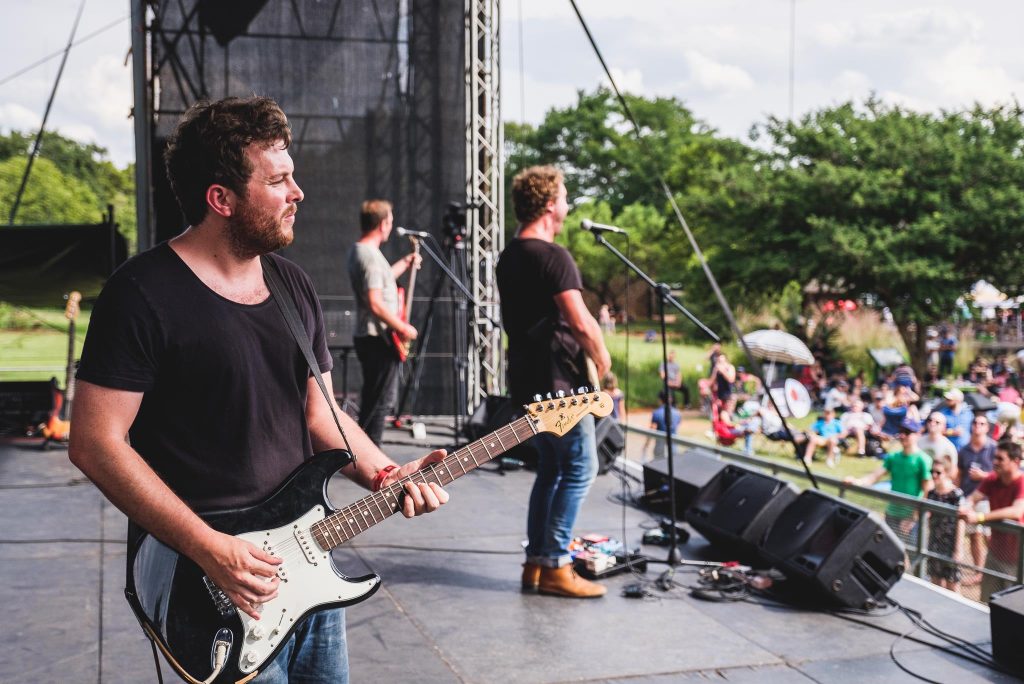 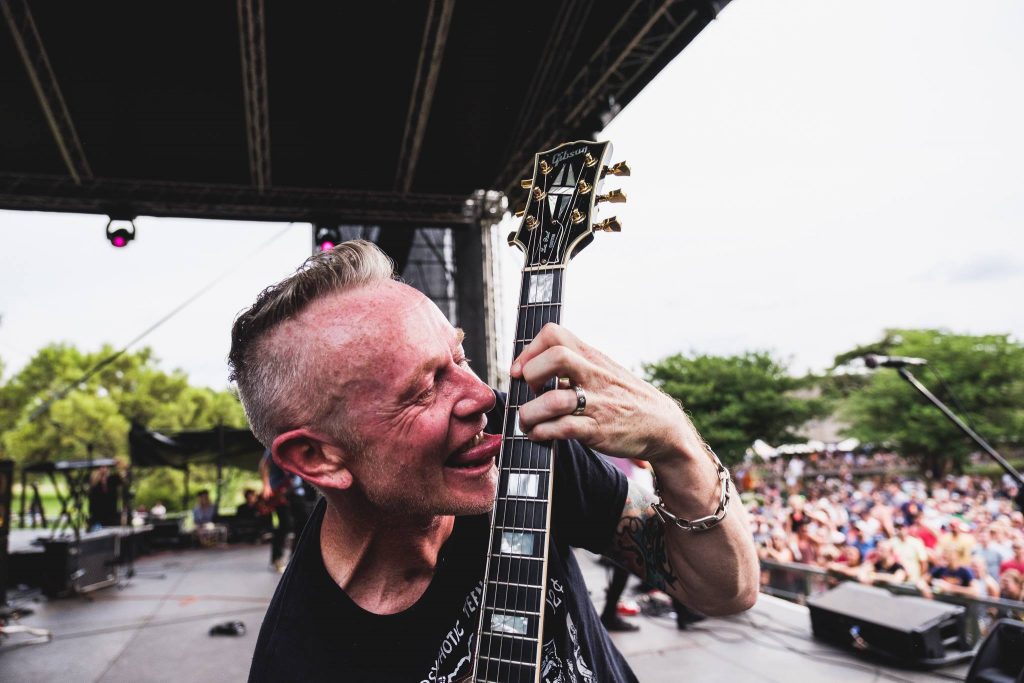 And then came Crash Test Dummies.

Though I find the Wonderboom-to-Crash Test Dummies lineup choice slightly odd, it didn’t feel weird to experience it firsthand. Dummies frontman Brad Roberts’ dark, deep baritone voice, and often philosophical, lyric-based songs demand more attention and less dancing than Wonderboom, but the calm Sunday afternoon (having now turned just the right amount of overcast) felt like a perfect fit. Brad toured with a guitarist, but had a South African session band to fill out the ranks, which included familiar faces like Mauritz Lotz and Schalk Joubert. The band performed flawlessly, dancing the line between alternative and folk-rock, with a slight scent of 90s pop arrangements, and Brad’s on-stage banter felt surprisingly calm and personal — like an old friend, rather than a famous Canadian musician. 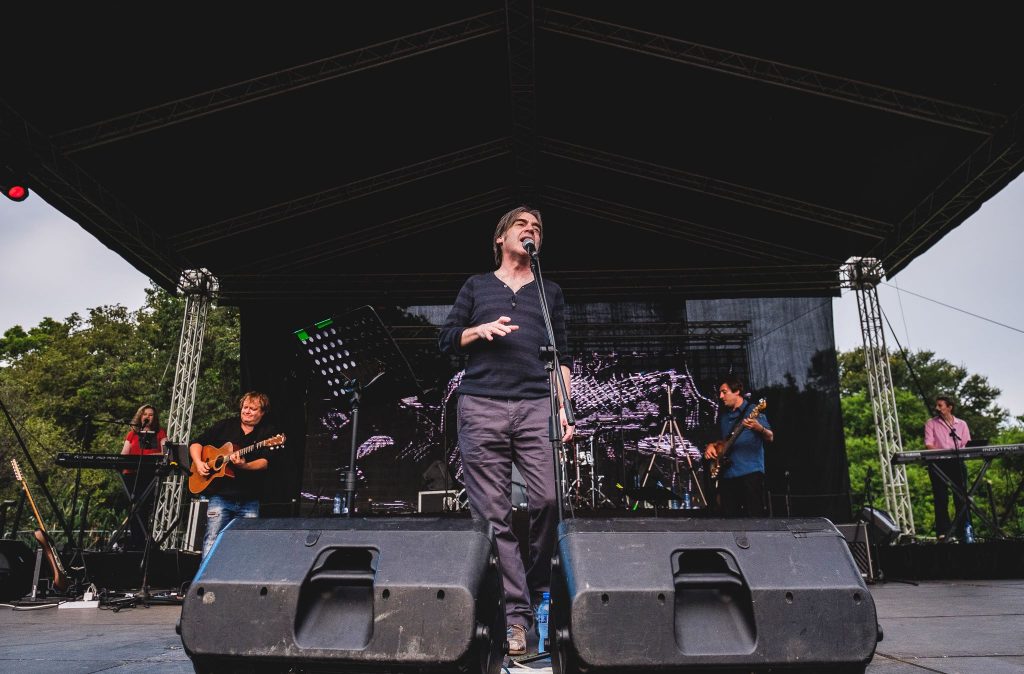 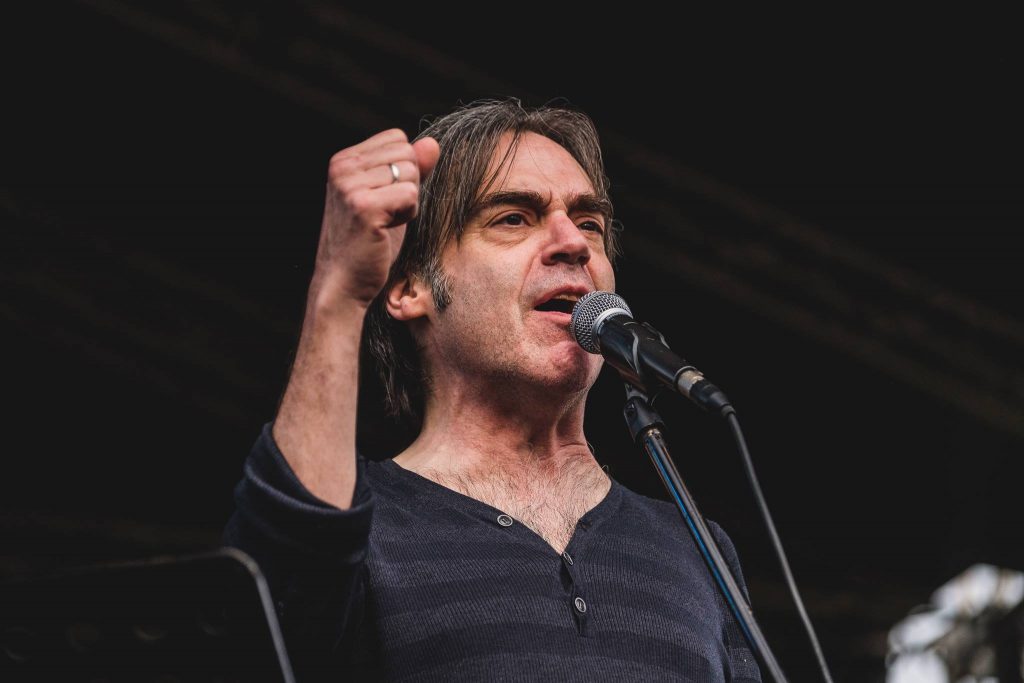 It was clear from their setlist (heavy in tracks from their 1993 album God Shuffled His Feet, but including snippets of a broad 20-year discography) that they know what the audience wants, and understand their own early career peak.

Which brings me back to Melos Live, the event organisers. Though the company is new on the scene, the guys behind it have been around the event-organising block. The combination of several different factors like band lineup, venue choice, food vendors, reasonable ticket prices and good ticket sale and gate logistics, etc, led to a 9/10 kind of event. I saw a handful of complaints online afterwards (mostly about the VIP ticket experience, where the restaurant deck might not have had the best view, and alcohol at the bar running out too early), but in person I only witnessed smiles and enjoyment.

This experience is what I want out of events like these, and I’m excited to see what Melos brings next… 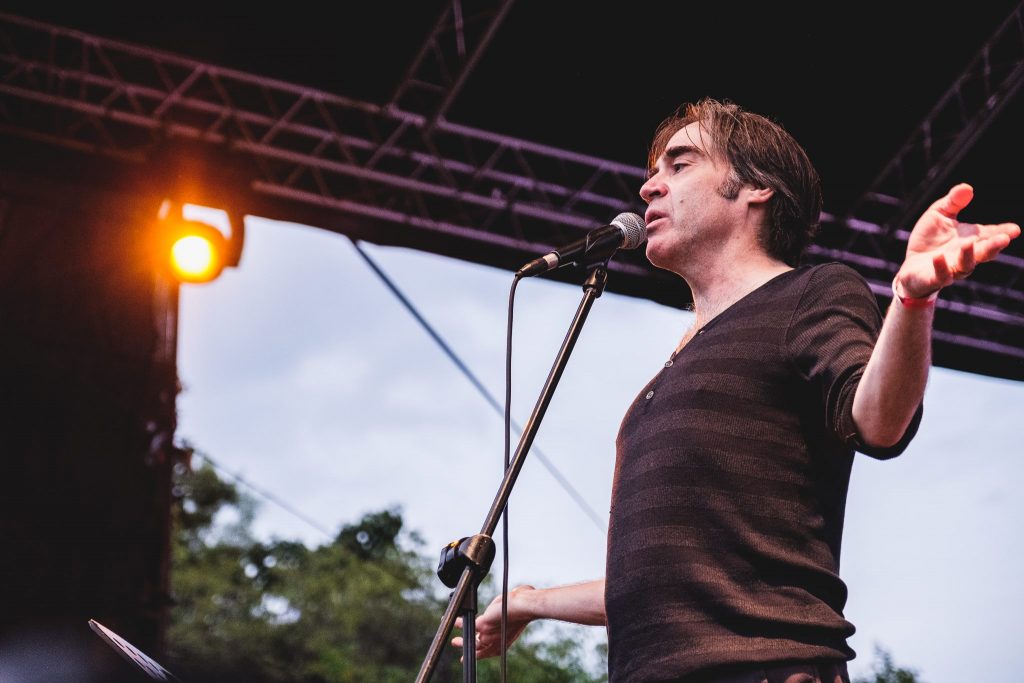 If you’re interested in more, read our pre-event interview with Brad Roberts.