14 December 2017 Off By Floris Groenewald

It was always going to be impossible not to compare Star Wars: The Last Jedi to the first Star Wars sequel, The Empire Strikes Back. Especially after the previous episode, The Force Awakens, got a lot of flack for being a spiritual remake of the first film (undeserved flack, in my opinion). Unfortunately for The Last Jedi, Empire is generally regarded as the best instalment in the saga, so expectations are high, and comparisons are dangerous…

The Last Jedi perfectly accomplishes what this kind of sequel should: It takes the established characters and throws them into the deepest waters. Finn (John Boyega) still needs to align his moral compass, Poe (Oscar Isaac) has to learn about heroics and leadership, and Rey (Daisy Ridley) and Kylo Ren (Adam Driver) are looking for guidance to navigate The Force’s push-and-pull. The Resistance (that’s the good guys, for anyone struggling to keep track) are evacuating their base and being pursued by the evil First Order, while Rey has to convince Luke Skywalker (Mark Hamill) to return from exile and help the cause. Unfortunately, just as Luke says in the trailer, “this is not going to go the way you think”. 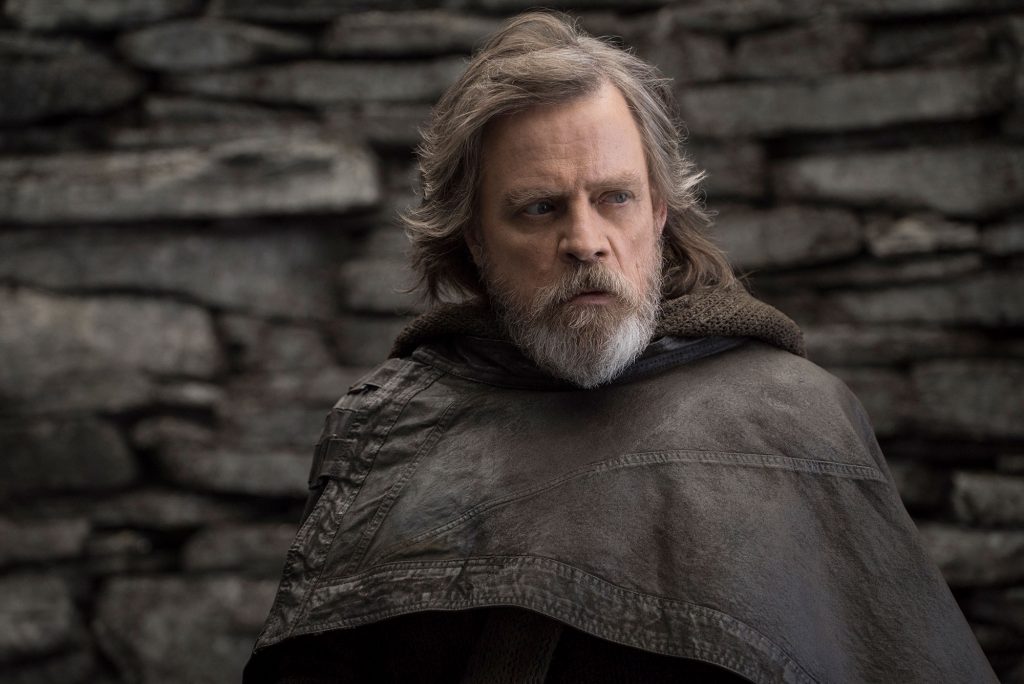 The movie is full of surprises. From Luke’s reaction to being presented with his lightsaber at the start of the movie, there are regular twists and surprises that keep the film fun. On the other hand, the characters are all in such peril – really pushed to the darkest corners – that some fun and humour is necessary to balance it out. This is really the toughest time I’ve seen Star Wars characters go through (yes, we’ve seen Jedi genocide, but things are a lot more dramatic when it’s happening to the lead characters). The Resistance is being slaughtered, and its plight against an oppressive government feels much more hopeless than anything we’ve seen in the original trilogy.

New characters Rose Tico (Kelly Marie Tran), Vice Admiral Holdo (Laura Dern), and an unnamed codebreaker played by Benicio del Toro add pleasant elements to the plot – whether it is questionable motives, opposition to our heroes, or plain old support, and new locations and creatures fill out the fantasy worlds, to make them feel lived-in and dense. There are so many things that we only get glimpses of, that have a ton of potential to be explored in future spin-off material, or better yet – fans’ imaginations. 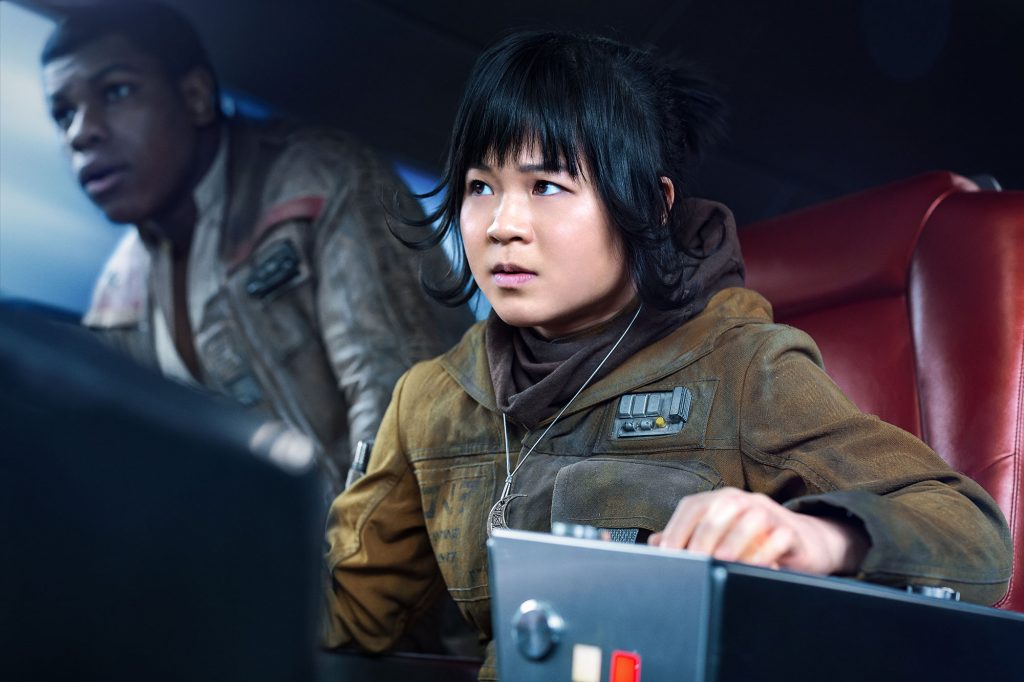 The Last Jedi has something of an episodic and standalone feel – reminding me of Star Trek Beyond. I ascribe this to the fact that there isn’t any big superweapon to destroy, or an important item (MacGuffin) that all the characters are hunting for – the plot centers on the simple premise: “we need to escape and survive”, and everything’s less epic, and more personal, than before. Thematically, the film centers on the idea of hope – but more subtly than Rogue One did. All the characters lose, and need to find hope again. And the characters’ missions directly follow on what they experienced in The Force Awakens.

While there’s always been political imagery in Star Wars movies, The Last Jedi was finally one I could relate to in a real-world-issues sense. At least to me, it felt relevant to current American and world politics, and like it has a universal and timeless message of hope and goodness to take home and apply in the real world, condensed in a third act quote I’d rather not give away.

When it flashes back to events between Return of the Jedi and The Force Awakens, it cleverly looks like the Star Wars movie that might have been made if the studio pushed for a sequel in the 1980s. But although a lot of plot points are surprising, certain story decisions feel like the boring, predictable choice to make – the inevitable “What happened to Luke?” answers fans have been dreaming up since his last proper appearance in 1983. At least these glimpses are sparse, but there’s one design choice (too specific to mention without giving anything away) that ruined one plot surprise for me.

Writer-director Rian Johnson also managed to keep the movie visually interesting. We’ve seen X-wing cockpits in four films now, and they’re always shot in exactly the same way. So it’s a very welcome relief that Johnson gave us a new perspective on things, and never resorting to the easy option of copying shots from previous films. One of the movie’s most dramatic visuals (so dramatic, in fact, that time slows down and sound disappears), was a simple striking idea that was executed beautifully, and induced goosebumps in at least one viewer…

Narratively, there are definite parallels to The Empire Strikes Back. One or two too many, if you ask me. But to balance it out, it often presents situations similar to what we’ve seen before, but with a different outcome. Especially since there are certain parallels in each of the movie trilogies, we now get to see a third iteration of certain scenarios. Now the sandbox is really opening, and screenwriters’ choices are getting bigger and bolder.

On the plus side, a lot of questions from The Force Awakens are answered in The Last Jedi, and it feels less open-ended, and not like a two-and-a-half hour long advertisement for the next episode, due in 2019. Unlike the original trilogy, that had a standalone first episode, and cliffhanging two-parter sequels, The Last Jedi feels like the conclusion of The Force Awakens, and leaves the playing field pretty open for whatever comes next.

The Last Jedi is no Empire Strikes Back. It’s a good Star Wars film – exciting, innovative, surprising, dramatic, and fun – but it doesn’t shatter the earth or break the mold. It doesn’t deepen the mythology much, and it doesn’t try to be as philosophical as some Star Wars films have. It’s also the longest Star Wars movie to date, without being drawn out or slow. But it tells a hell of a story, can be relevant to current events, and gives me hope: There’s still a ton of fun to be had within the universe of Star Wars.