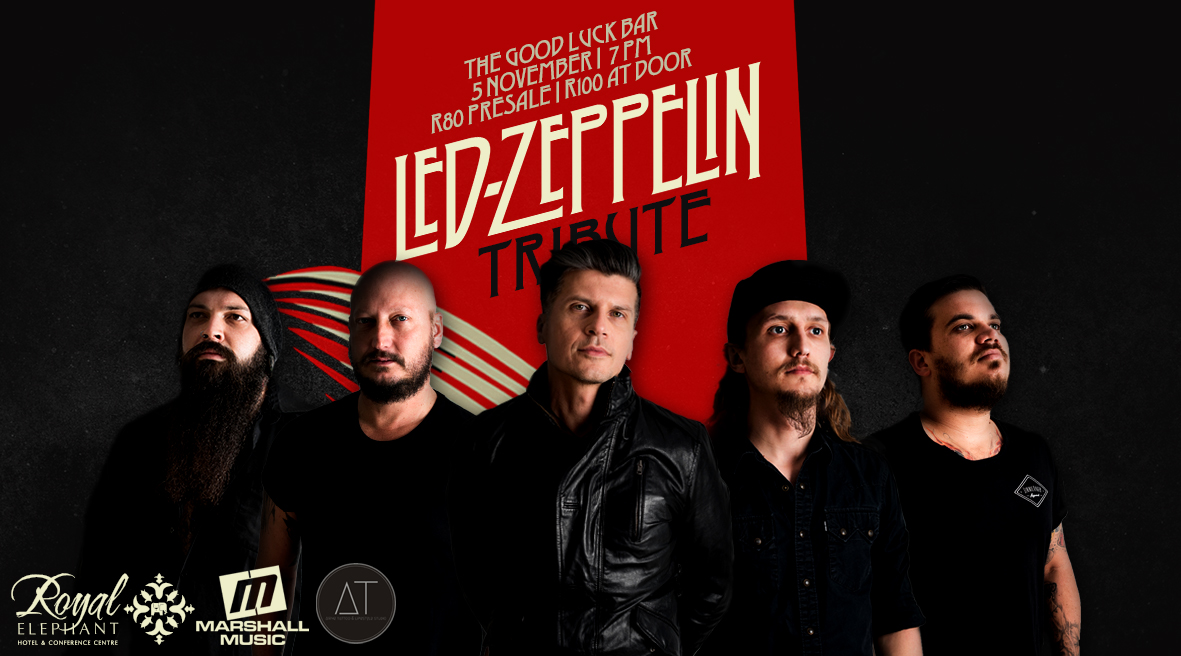 Drummer Jason Oosthuizen (Punk ‘n Roll, Van Coke Kartel) is behind the wheel of an upcoming Led Zeppelin Tribute show – on 5 November at The Good Luck Bar. We’ve got a double ticket to the event to give away – see below for details!

With Oosthuizen growing up with a dad who played in rock bands, Led Zeppelin was always a favourite for him. He has always been hesitant to do a tribute show, but when he called up his desired line-up and they were all up for the challenge, it was finalised in seconds.

“Music is for every single person that walks the planet.” – Robert Plant.

Check out the Led Zeppelin Tribute Show Facebook event and get your tickets online here. Also, answer our question below to stand a chance to WIN a double ticket to the event.