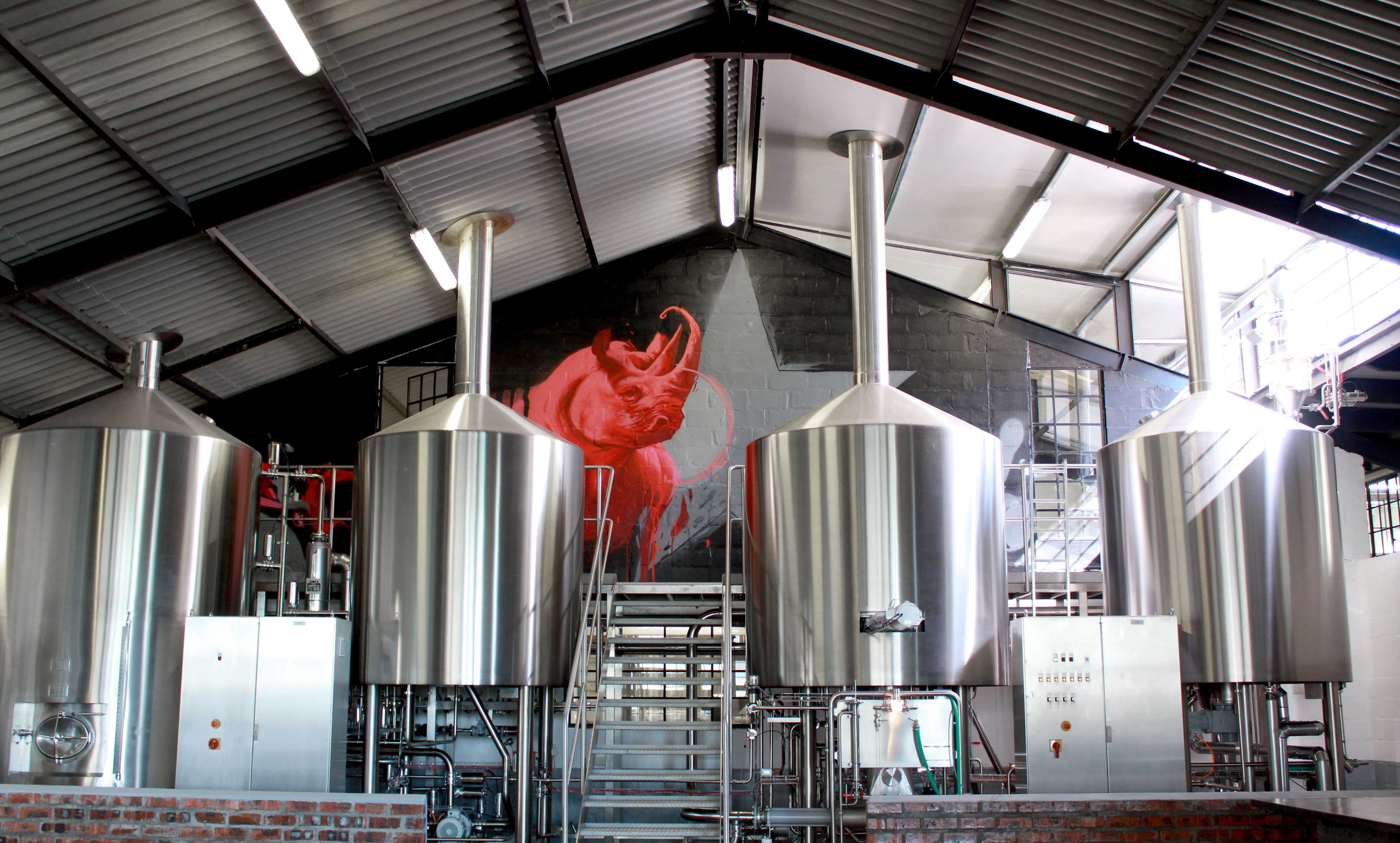 Jack Black’s Brewing Co. is one of South Africa’s most recognised craft beer brands – especially because they’re often present at live music events like Park Acoustics. They’re getting ready to take part in this year’s Capital Craft Beer Festival, and we asked them a few questions about the business of beer.

Last year you suggested that a craft beer newbie start out with a Lager. What’s next? Which one of your beers would you suggest to someone whose taste in beer is expanding, and wants to experiment with different ideas? Or, if someone comes to your stall, unsure of which beer to try, how do you go about finding the right beer for the person?

This year I will definitely get people to try our Cape Pale Ale. It is a beer we are really proud of, as it is made with ingredients from the Western Cape, giving it a unique taste profile. If people are uncertain as to which beers to try, I will normally ask if they prefer sweet tasting beers or bitter beers. Our range of beers covers flavours that will please any palate, so if someone prefers something a little sweeter, I would suggest trying our Atlantic Weiss, if they like something with a more bitter taste I would suggest they try our Skeleton Coast IPA. We will always find the right beer for the right person.

As one of South Africa’s well-established, trusted craft beer brands, how do you balance the line between fresh invigoration & invention (like that of the Limited Release Fresh Hop IPA, or new 12 Pack boxes), and the traditional, trusted way of doing things?

We have been working almost 10 years to gain the trust of our loyal customers. This trust has been key for us when we introduce new products to the market. Last year for instance we expanded our core range of beers from 1 to 4 and we were overwhelmed by the positive reaction to our new beers. Having built a reputation for consistent good quality beers, our customers trust that any new beer we introduce will be of good quality too. This allows us to experiment with beers like our Limited Release Fresh Hop IPA, where we went out to the hop farms, picked the freshest hops and rushed back to the brewery to brew this very special IPA. We always want to push boundaries, not just with the beers we brew but also with innovative packaging. Releasing our core range of beers in 12 packs, having our 340ml bottles custom made, and screen printing directly on to our 440ml specialty beers is just some of the ways we try to stay innovative on the packaging side of things. 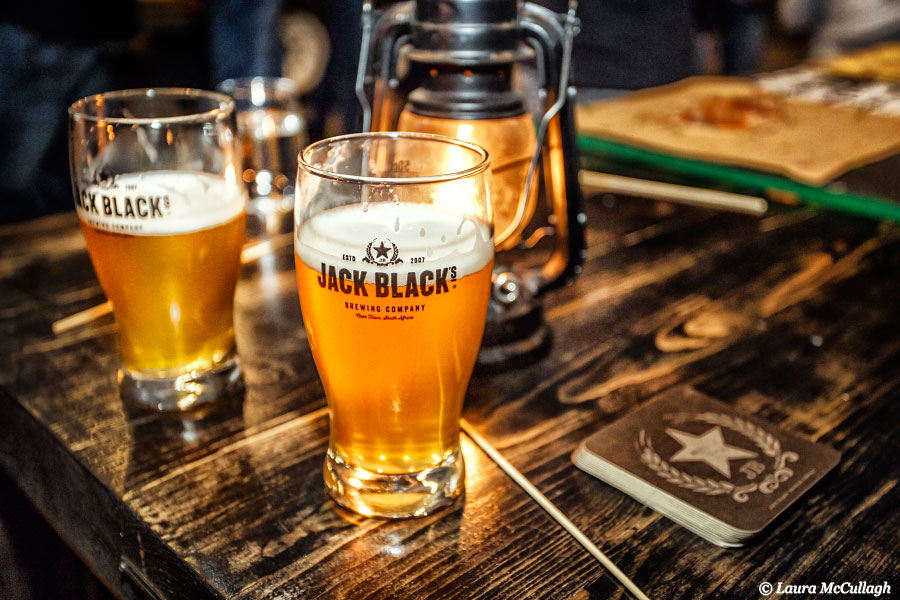 It is said that you should “never trust a skinny chef” – on the other hand, nobody likes taking their work home with them. Do Jack Black brewers drink beer in their free time too?

Well when you work for a brewery one of the perks is being able to take your work home with you and even share it with your friends and family! All our brewers and some of our office and taproom staff are total beer geeks. We all brew our own beer at home and even get together at the brewery on our days off to brew a small batch of beer on our 50L pilot brew system. Most recently our bar, waiter and kitchen staff got together to brew a beer, called Crew Brew, a hoppy American Pale Ale. By brewing your own beer, you appreciate the craft that goes in to brewing beer and it makes it so much easier to communicate the passion we put in to each bottle.

Does your Cape Town location inform or influence your beer brewing in any way?

We are definitely inspired by our local surroundings and environment. We are proud to be a Cape Town based brewery. We try our best to use local ingredients in all our beers, like our Cape Pale Ale, that is brewed with some of the best local hops and malts. Our owner Ross is an avid surfer and our Atlantic Weiss is named after the refreshing ocean breeze that blows of the Atlantic ocean. We absolutely love our city and we will continue to look for inspiration from it. 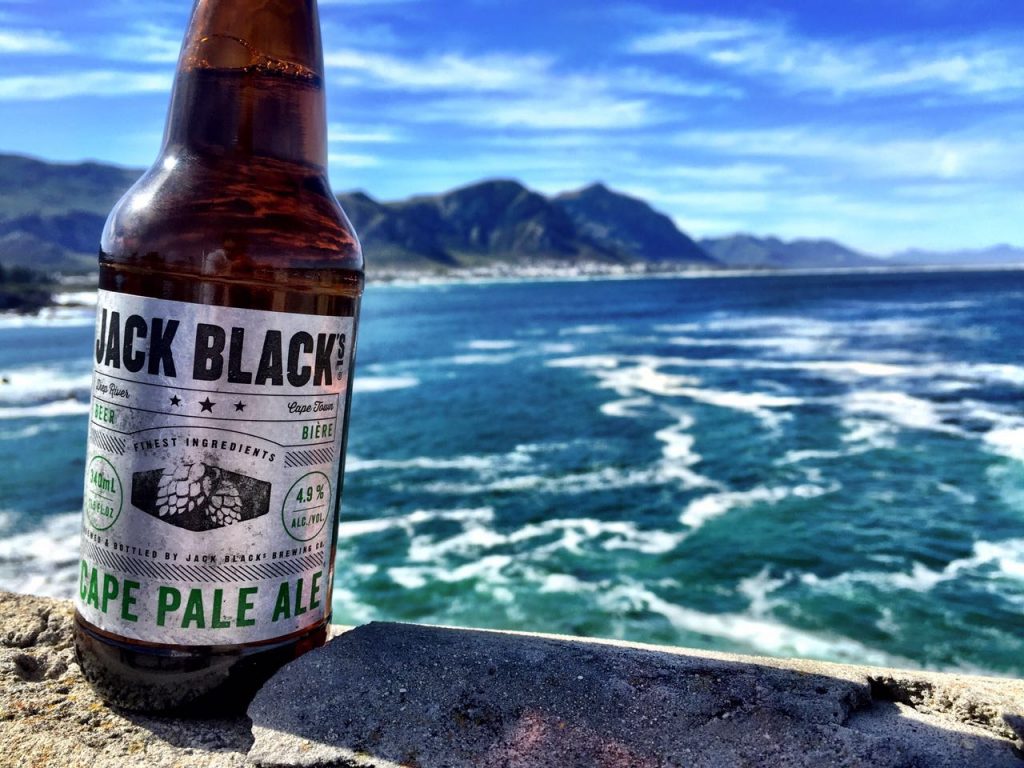 Of the bands on the Capital Craft lineup this year, which would you say will be best paired with a Jack Black beer?

Such a great line up of artists at the festival again this year, hard to pick just one. I would say a classic pairing will be sipping on our Original Brewers Lager, while listening to some classics by Koos Kombuis. Then something fruity and refreshing like our Atlantic Weiss to sip on while Shortstraw is playing.

What food would you ideally pair Jack Black beers with?

We have such a variety of beers in our lime up, all which pair well with particular dishes. Best bet is to try some combinations for yourself and see what works. A classic pairing however would be a nice meaty burger, paired with our Butcher Block Pale Ale.

Test out Jack Black’s Brewing Co’s beer for yourself at this year’s Capital Craft Beer Festival on 10 June 2017 – get tickets here, or enter our ticket giveaway!