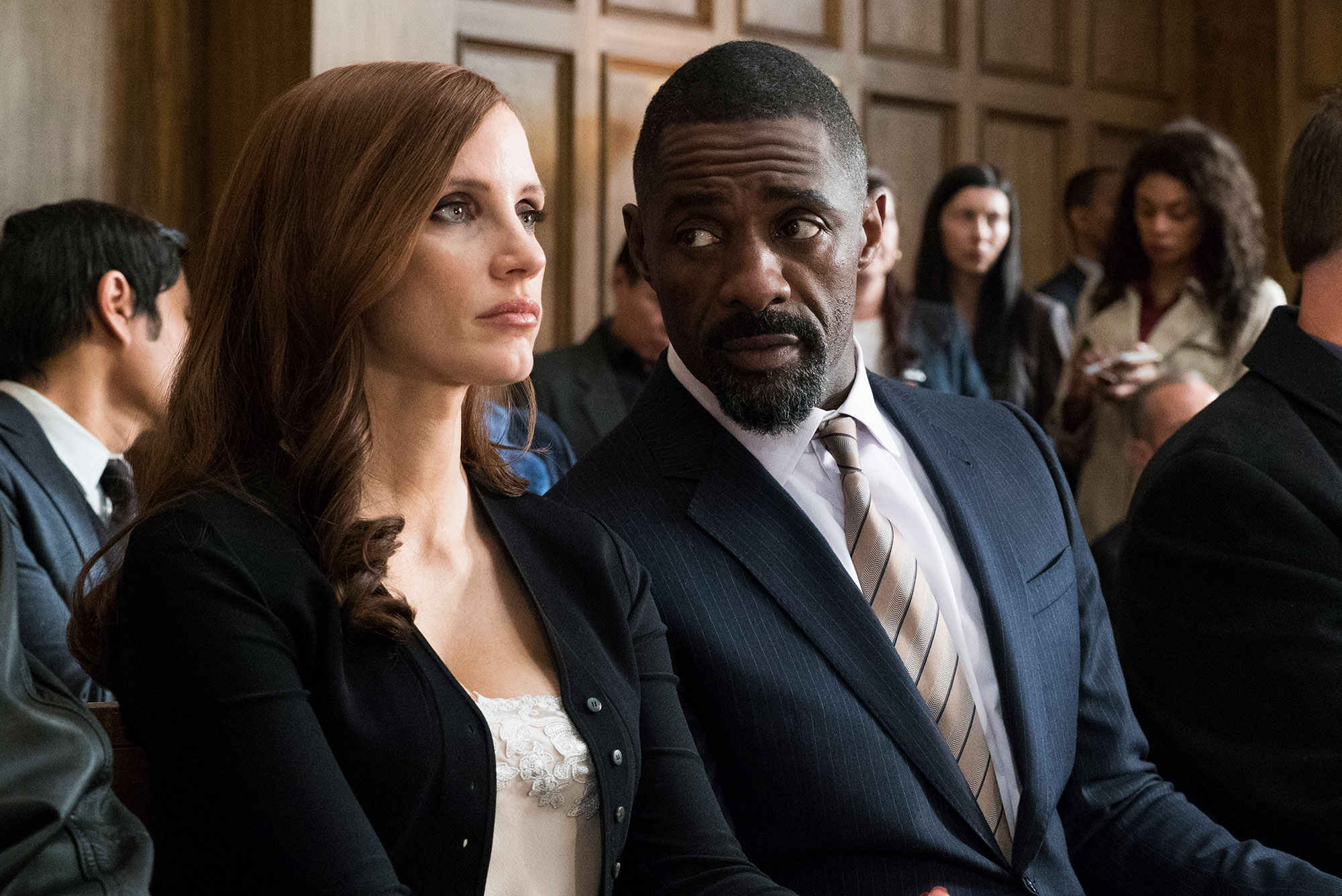 Honestly, I don’t really get poker. I get confused about which card combinations are worth more than others. In fact, I have a hard time remembering the card combinations that make up the different game hands. There are more versions of the game than you can shake a hand of soon-to-be-lost money at. And to complicate my complete lack of understanding even more, I have a hard time grasping how poker could be considered a game of skill given that a normal deck of cards has a bafflingly massive amount of shuffle combinations [if you don’t believe me just google the 52 Factorial]. If you consider poker a game of skill, don’t take these comments all too seriously though, for as I said, I am completely useless at the game to start with. 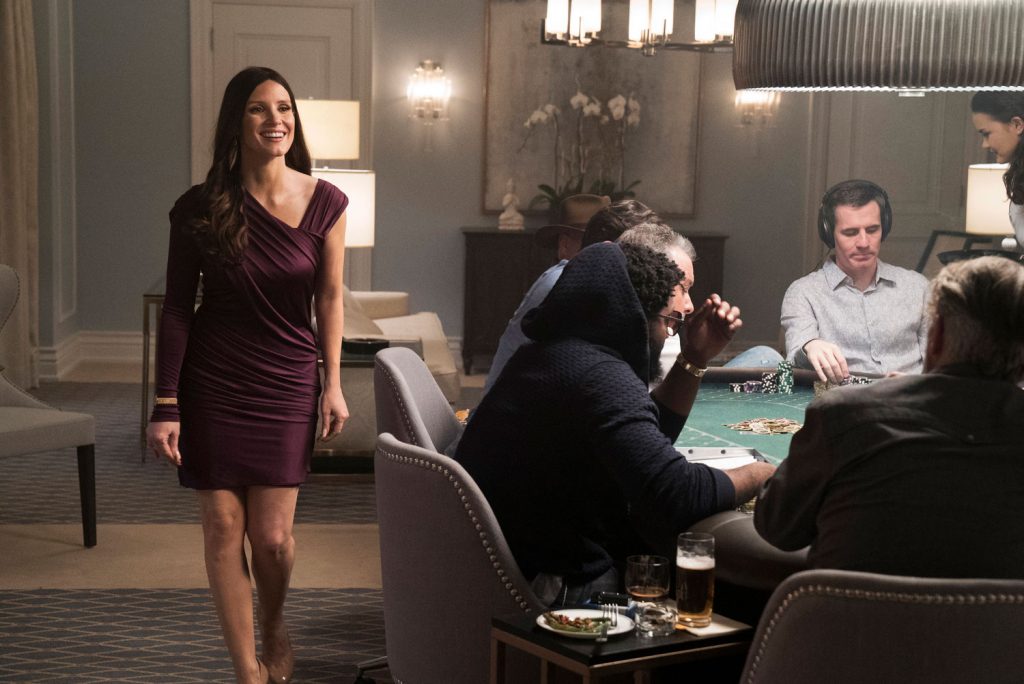 However, given the above observations, I am led to the conclusion that poker is most probably a game about the players rather than components. (As someone with no particular skill in the game would say, right?) The enjoyment of the game must come from the interactions between the players – the subtle ways they memorise their cards without giving away too much information, the glances around the table and, of course, the all important table banter. And I am not talking about Olympic poker players here – those guys are basically statues moving chips around. No, I am referring to the guys sitting in dingy bars and low-lit basements all around the world insulting each others’ mothers, throwing witty zingers around and spending a lot of money. If this image of a bunch of poker players sitting around a table delivering witty one-liners and impossibly perceptive dialogue seems appealing to you then, boy, do I have a movie recommendation for you. However, if you are all about the mechanics of poker and the clarity of the card play, you might want to fetch your coat at the door.

Molly’s Game follows the real-life story of Molly Bloom (Jessica Chastain), an Olympic-class skiing athlete whose prestigious ambitions are undone by an unfortunate accident. Afterwards, she moves to Los Angeles in an effort to try her hand at finding her own way and trying something other than skiing for a while. Here, she finds herself aiding in and eventually running high-stakes poker games for the rich, famous and powerful in the underbelly of city. Eventually, Molly’s actions embroil her with the law and she finds herself facing arrest and a potentially life-ruining court case. In an effort to keep herself from going to jail, she tries to enlist the help of Charlie Jaffey (Idris Elba), a no-nonsense lawyer who doesn’t seem too keen on the case. The film also loosely chronicles Molly’s relationship with her psychologist/ski trainer father, played by Kevin Costner. 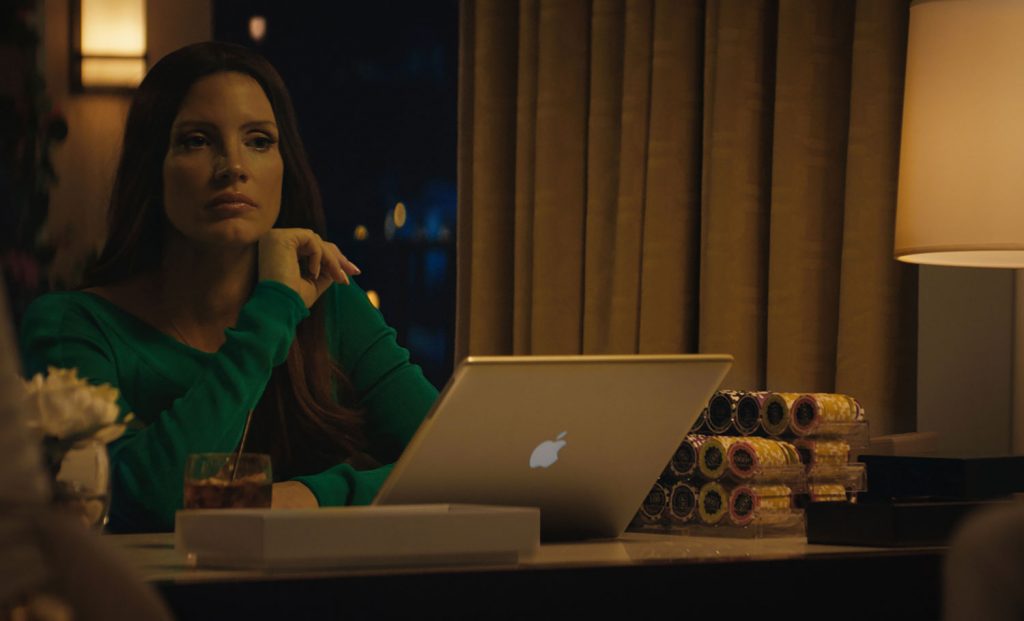 The first notable aspect of Molly’s Game is the fact that this is the directorial debut of Aaron Sorkin (The Social Network, Steve Jobs), and as most of you might know, talking is the hallmark of Sorkin. Sorkin has basically cornered the market on screenplays and scripts where intelligent characters say intelligent things in fast-paced, witty repartees without ever seeming to take time to think, whilst striding the halls of wherever they happen to work (normally a government building or newsroom). In this movie they just happen to be sitting around poker tables or in law offices but the effect remains the same: the film proudly continues Sorkin’s legacy through its whip-smart, crackling dialogue and dramatic narration.

But no matter how good the dialogue, you need actors with the chops to make all the talking seem convincing. If you want wooden talking for two and a half hours, you have that scheduled meeting every Monday or your niece’s primary school production of Hamlet. Luckily, Molly’s Game features excellent acting on all fronts, full of charisma, life and vigour to make all the talking seem like it is something that actually happens and that you may even have heard in real life. (However I will never understand why they chose to cast Michael Cera as a gambler with a penchant for destroying lives). The character interactions and narration delivered by the titular character are engaging and involving. Specifically, the scenes between Chastain and Elba are probably the best examples of Sorkin’s knack for delivering hard-hitting and concise dialogue that do well to characterise each characters’ world-view and ethical approach.

Observant readers may have noticed that I casually mentioned that this film is two and a half hours long in the previous paragraph. I am happy to report that, for the most part, the film is rarely dull. In terms of pacing, the film quickly cements all the major plot points and gets the plot rolling very quickly. The story starts with a jolt of high-paced energy and the introduction to the film really solidifies our narrator as a quirky, interesting and in-control woman. The film maintains this frenetic energy as it jumps from scene to scene in the first half of the film, but somewhere along the line the film does take a dip in energy and never quite recovers. This is not to say that the film doesn’t wrap up in a suitably satisfactory way but the conclusion of the film doesn’t quite stand up to its more exciting and thrilling start.

The film presents itself in two alternating timelines: the contemporary court case and the development of Molly’s career as a high-stakes poker-game runner. The scenes focused on Molly’s character and her growth as a poker-game magnate is frequently fascinating. The seedy, tension-filled setting features a variety of colourful characters making bad choices over a gambling table and it is really fun to go deeper and deeper in to this world through the eyes of our main character. As a bonus, the film generally does not rely on heavy jargon for most of the poker scenes, making it easy for poker-dolts like me to follow the action. However, there were one or two scenes where a slight knowledge of poker and the different terms associated would have made it slightly more digestible. However, these scenes are far in the minority and didn’t ruin my enjoyment of the film. 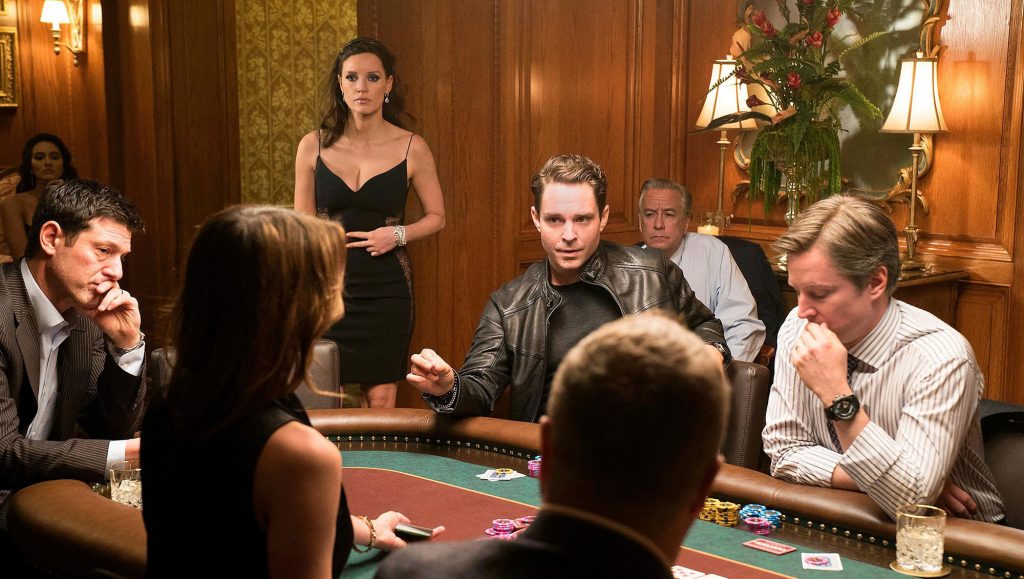 The other side of the story is the law battle faced by Molly and her lawyer. These scenes, though helmed brilliantly by Elba and Chastain’s interactions, are just not as interesting as the other side of the film. This may be a matter of personal taste, but I definitely preferred the intrigue of the poker scenes over the ethical battle in the law offices and the court. In addition, there is a small plotline involving Molly and her relationship with her father. I did not find this aspect of the film to be of particular interest to the overall journey. It only really serves as an inspirational lynchpin for the audience in the latter half of the film and really doesn’t add much to the narrative weight of the proceedings.

From a directorial point of view, Sorkin’s first outing is perfunctory but nothing breathtaking. Cinematographically speaking, the choices are functional and serve well to highlight the film’s main strong points – which in this case is the dialogue and the actors delivering them. Don’t expect to be blown away by the visuals in this film or be taken on a special effects ride with tons of action. This is a film about theme and it asks questions surrounding our own ideas of what success means, the paths our lives take whether wanted or unwanted, and the choices we make and how they impact our own lives and the lives of others. 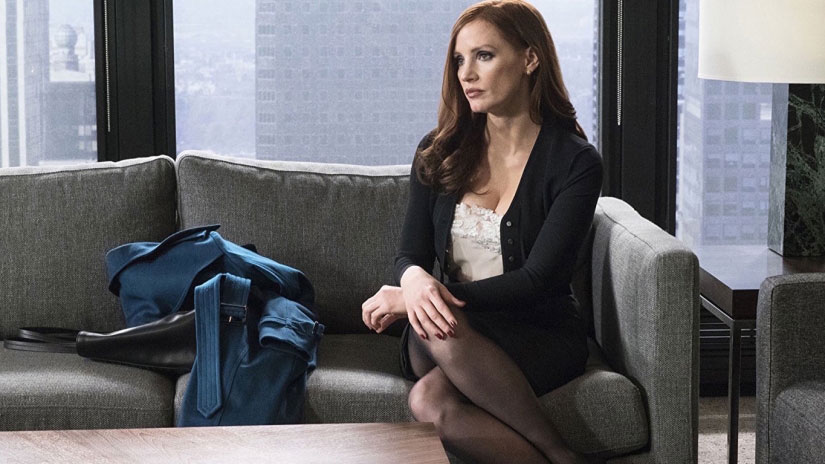 It is rather hard not to recommend this film. It is overall a very solid and enjoyable cinematic experience. In hindsight, Molly’s Game is a film where the parts are better and more outstanding than its eventual cohesive whole and I can’t help but feel that the director played it a bit safe. There are genuinely exciting and engaging sequences, fun and interesting dialogue and powerful character moments peppered throughout the individual scenes that serve to elevate the film itself. But generally the story beats are rather expected and the film does not leverage any particularly surprising twists or turns. And as mentioned before, there are some story elements that felt a bit superfluous to me.

In conclusion, if you are a person that prefers the sound of gunshots over dialogue, you should steer clear of this film. (If you really need some visual stimulation, I guess you could always just gawk at Molly and her ever-evolving dresses throughout the film.) But let’s be honest, if you are going to watch this film, it will be for the sizzling dialogue, all-round excellent performances and to experience a very solid story told by a competent writer/director. It might even improve your table banter at your next poker game! I give this film a straight flush out of 10.

Bonus recommendation: You should especially watch this if you liked shows like The Newsroom, The West Wing and Studio 60 on the Sunset Strip.