I like to proclaim myself The Mildest Star Wars Fan in Universe™. I feel about the franchise the same way I feel about a beer every now and then, a trip to the hairdresser or a vegan meal. There are many things I am very fanatical about but Star Wars is unfortunately not one of them. Even though I am lukewarm on the franchise, I have seen all the films (except Rogue One) and I liked them for the most part. And now I find myself in the precarious position of having to review the newest film in this never-ending, ever-expanding franchise. I am going to try and approach this review from two separate lenses: the die-hard Star Wars fan and the layman casual who may or may not care about the fact that this is a Star Wars movie (that’s me).

The story follows our lovable ruffian Han Solo (played by a constantly smirking Alden Ehrenreich) from his humble beginnings on an industrial ship building planet to his rise as the lovable outlaw we know and love in the episodic films. Along the way he meets a few familiar faces like Lando Calrissian (played by Donald Glover), Chewbacca and some more unfamiliar faces like Beckett and Qi’ra (played by Woody Harrelson and Emilia Clarke respectively). Oh yes, and there is an antagonist (played by Paul Bettany) but honestly he might as well not have been in a the film (is that a spoiler?). In an effort to keep things spoiler free, I can’t really tell you much about the plot except that this is essentially a heist film in the Star Wars universe. But honestly, calling this films’ story a “plot” is generous. 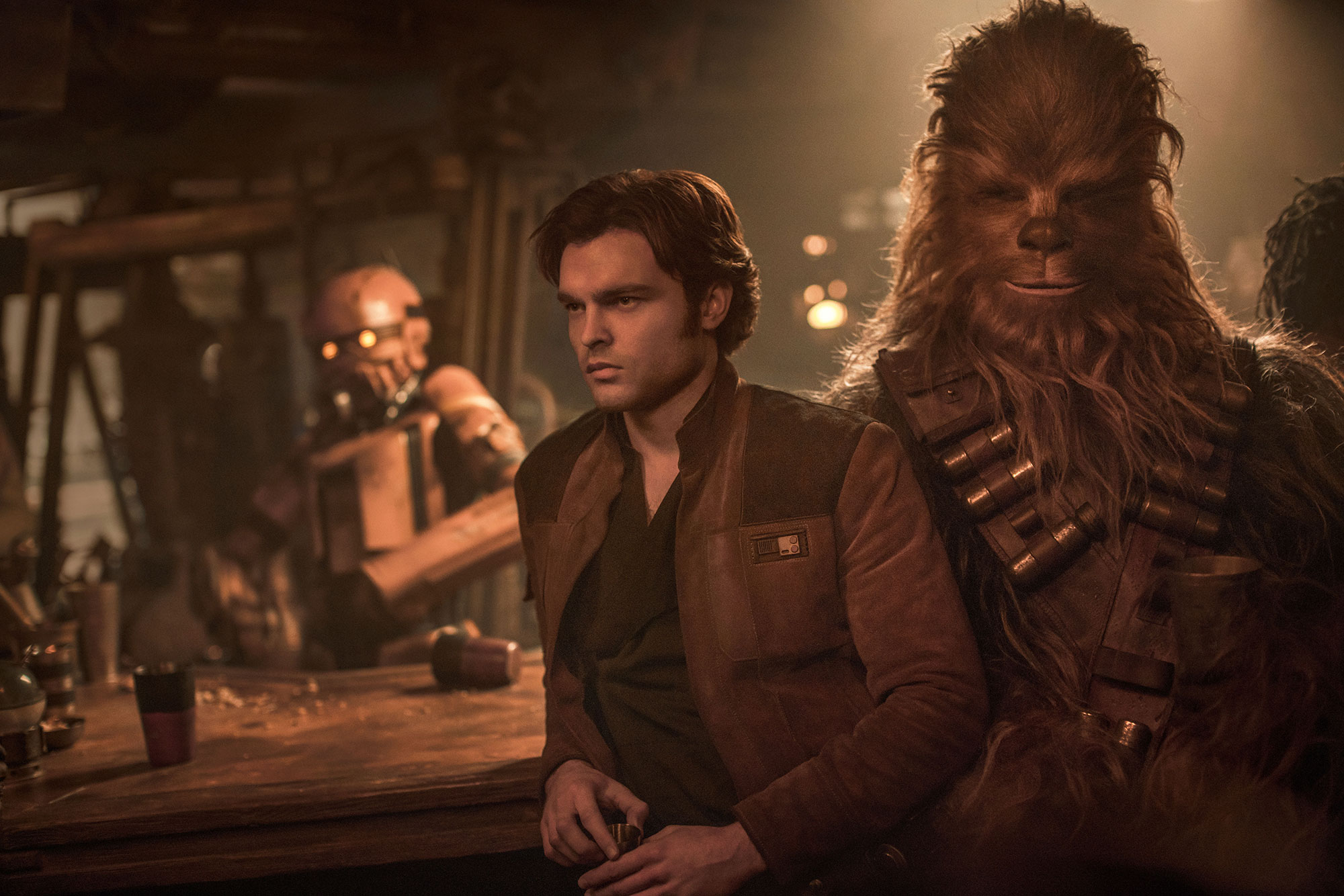 If you are really into the Star Wars lore you probably know enough of the history of the character to reconstruct the major events of the movie yourself. The most apparent aspect of the film seems to be that the story is intensely hemmed in by the lore that precedes it. Most of the time the film plays off like a series of events on a checklist, existing simply to justify certain pieces of dialogue and references from previous Star Wars films. The pacing of the plot seems mostly functional in order to carry the audience from one” big” reveal to the next where fans can exclaim “Ah! I recognise that!”. The film happily exists as a functional encyclopedia of The History of Han Solo and the references made never really extends itself to add anything meaningful or surprising to the lore. To its credit, the film never falters in the moments that count (like the meeting between Han and Chewbacca) but there are certain missed opportunities for exploration (like the history between Han and Qi’ra) that could have added depth and meaning to the characters that seem to be missing.

But I have to say, despite that, I enjoyed a fair bit of the set pieces in this film. I thought the action was pretty good and there is an especially thrilling sequence on a cargo train that was a lot of fun. Even though the film feels mechanical in the way it moves through its events, it certainly knows how to present them for a little bit of adrenaline. But toward the end of the film, the pacing changes and we find that all of the sudden the film wants to provide a few character turns to spice up the narrative and I didn’t care much for it. I actually preferred the mechanical set piece-to-set piece nature of the film compared to the sudden melodrama added to the pacing at the end. 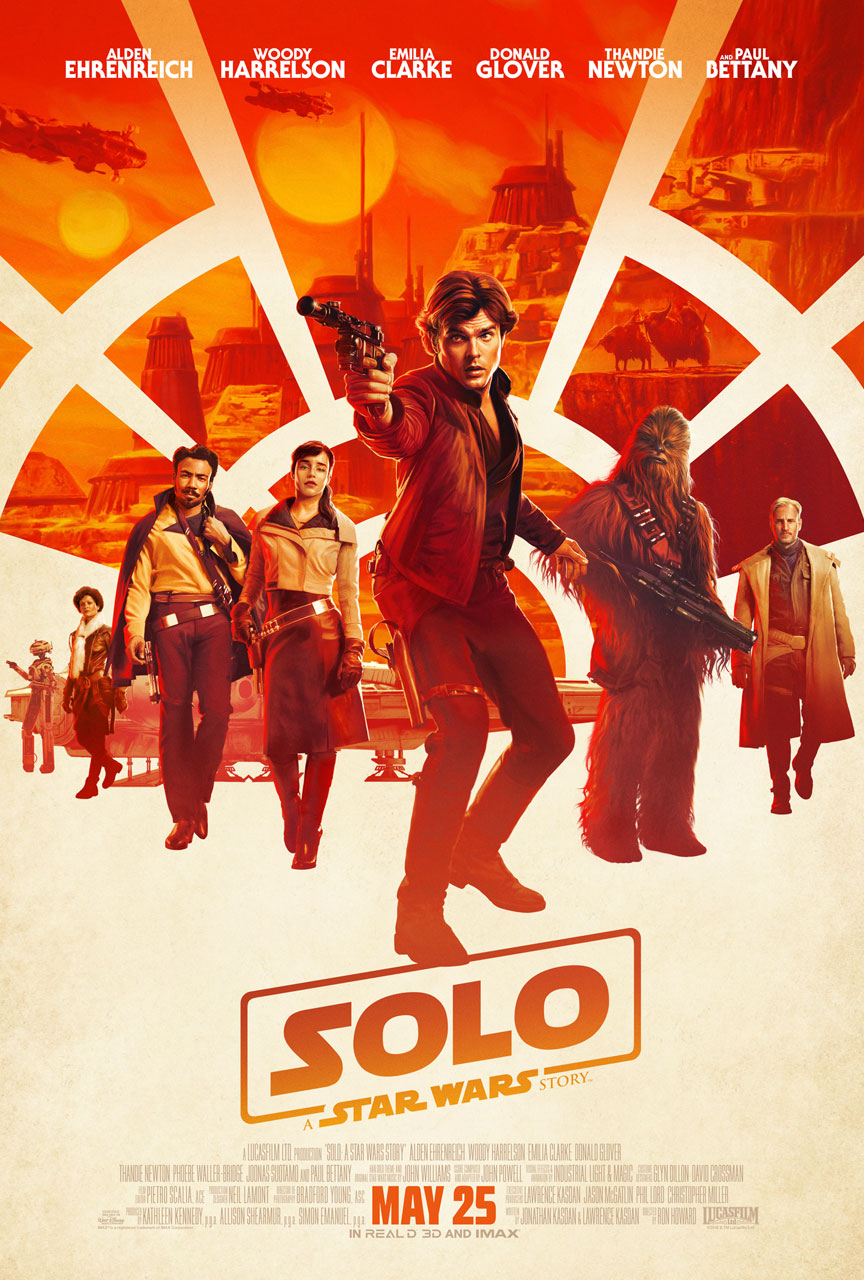 But if it is a Star Wars movie it is all about the characters right? In that regard, the most interesting aspect of this film is that you are watching young actors trying to emulate established characters played by other actors. It does play a little bit like an old cartoon that got remade with a flashier animation style and new voice actors but I think the actors filled the shoes pretty well. Ehrenreich performs well as Han Solo and must have spent a lot of time staring at Harrison Fords’ mannerisms because he captures them well in all his squinty-eyed, smirky glory. Even the voice. Donald Glovers’ performance as Lando Calrissian was also enjoyable and oozes charisma. Chewbacca was Chewbacca. The new characters they introduce to drive the story forward (specifically Han’s love interest Qi’ra and his mentor/partner in crime Beckett) were fine but ultimately forgettable additions. Whether fans will find something to really latch onto with the new cast characters remains to be seen, but I am willing to bet the action figure market will definitely see to that. 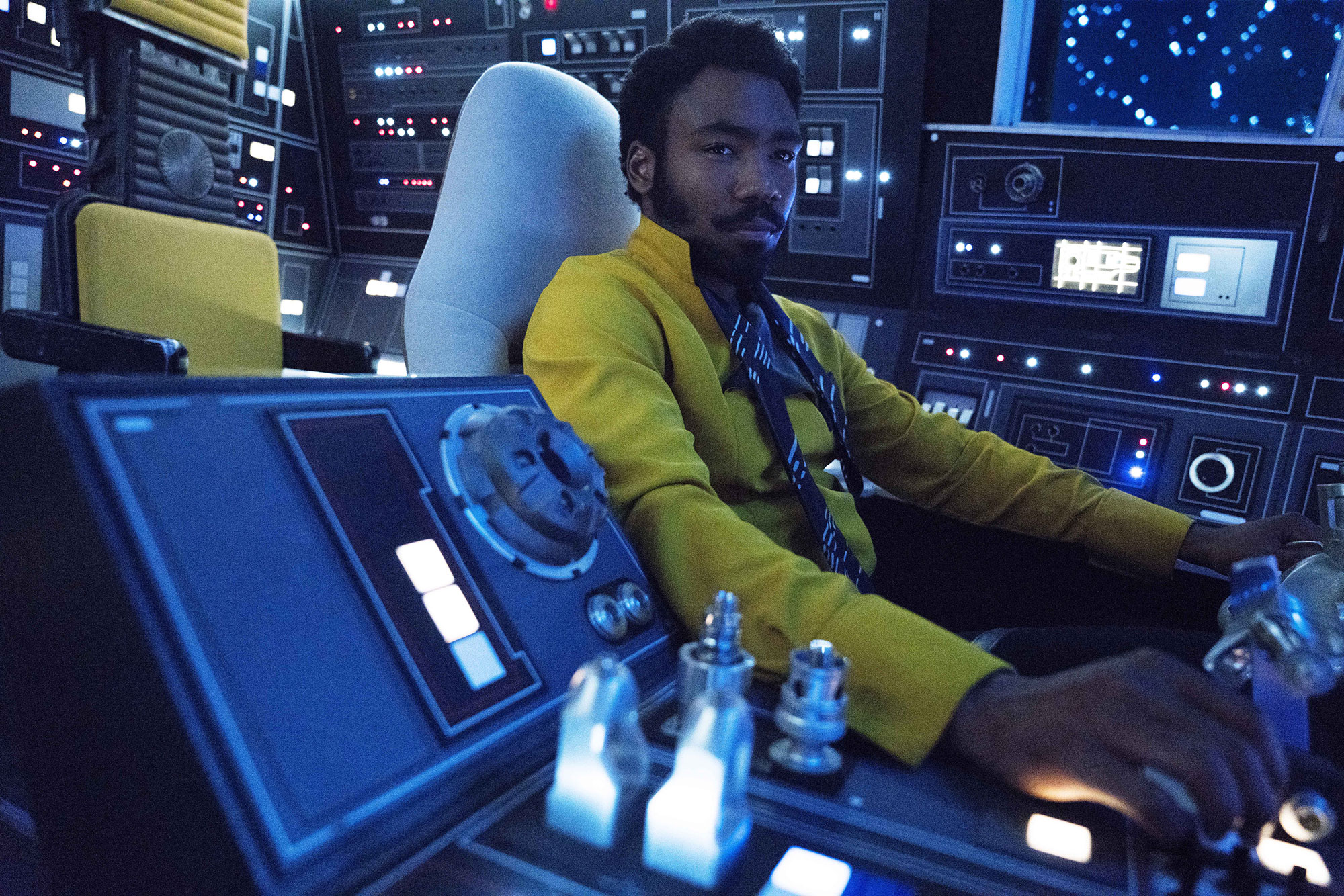 In terms of deeper themes and philosophy, I fear the film really falters. There are few nods in the direction of the value of choices and their consequences and issues of trust but really, the film had NOTHING to say beyond its presentation. But then again, who goes to a Star Wars movie to think about the meaning of the film in the greater tapestry of thought and ideas? Me, apparently, and I came away a bit disappointed. The greatest philosophical question posed by this film is: If a Star Wars reference falls in the Wookiee forest and there isn’t a fan to hear it, does the movie even matter anymore? 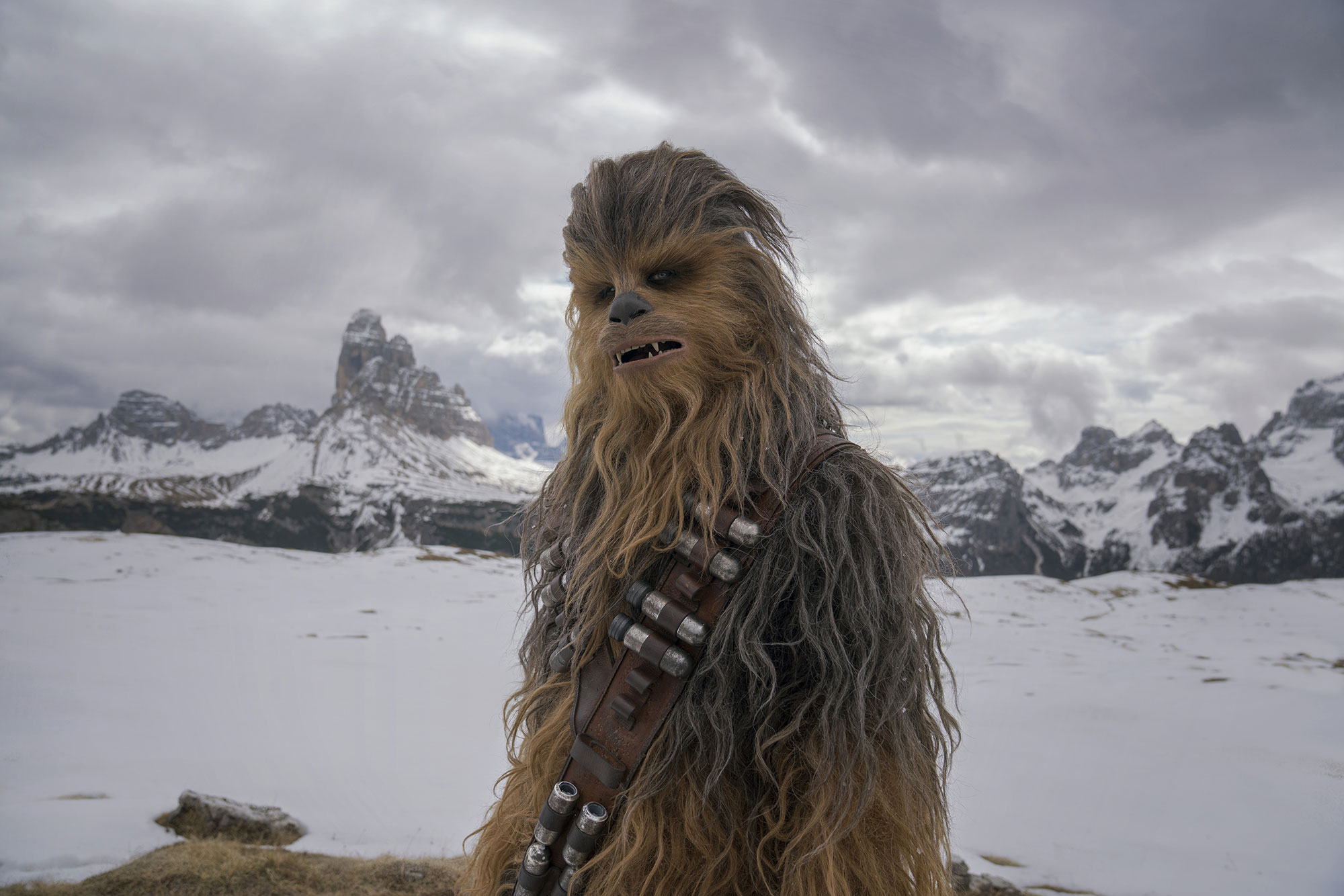 This movie is perfectly watchable – even very fun at times. But if you are looking for something to meaningfully add to the Star Wars lore or expand the universe you will probably come away disappointed. If you are simply looking for a fun, slightly forgettable action-adventure film, then you will probably enjoy it. This is probably Star Wars for the non Star Wars fan to be honest. I don’t know if the film would have garnered much interest if it wasn’t backed by the Star Wars brand. If this was released as a nobody movie or new franchise I don’t think it would have made many waves. But then again, it may have been a better movie because they would have had to try harder. I fear, for me, the franchise might be straddling the line of Zombie-movie status: it’s fine if there is another one (and boy will there be more) but the question is do we need it, really? I give this a Millennium Falcon out of ten.