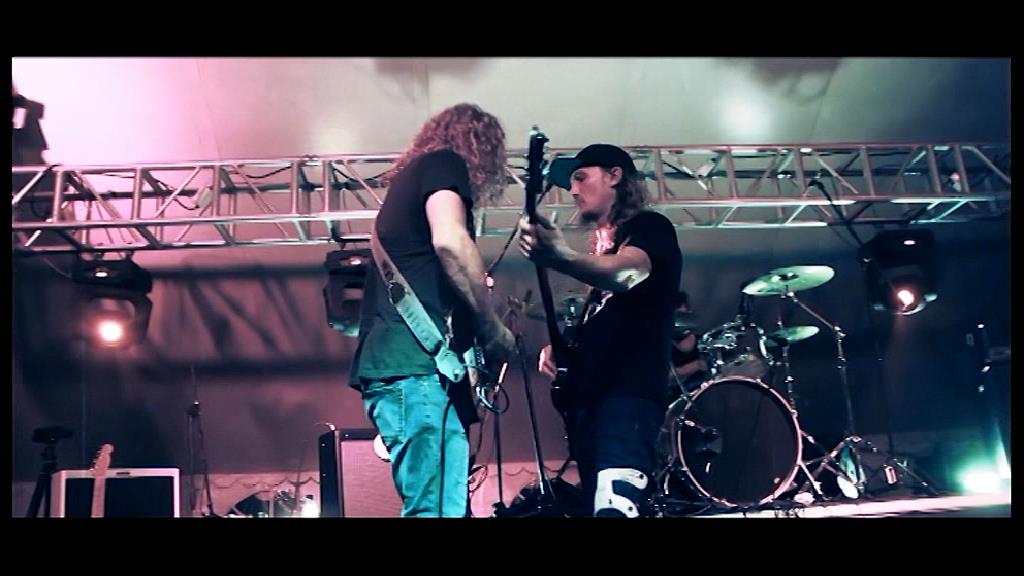 19 December 2016 Off By Floris Groenewald

Kobus de Kock Jr, the vocalist and frontman of The Black Cat Bones, is very rarely seen on stages where he’s not performing. 7 December 2016, at The Shadowboxer in Greenside, Johannesburg, was an exception. He explained that the band – famous for their over-the-top spirited live performances – had always found it difficult to capture the same energy in the recording studio. And that’s why Waking The Scarecrow – their first live DVD – is such an appropriate and welcome addition to The Black Cat Bones‘ discography. 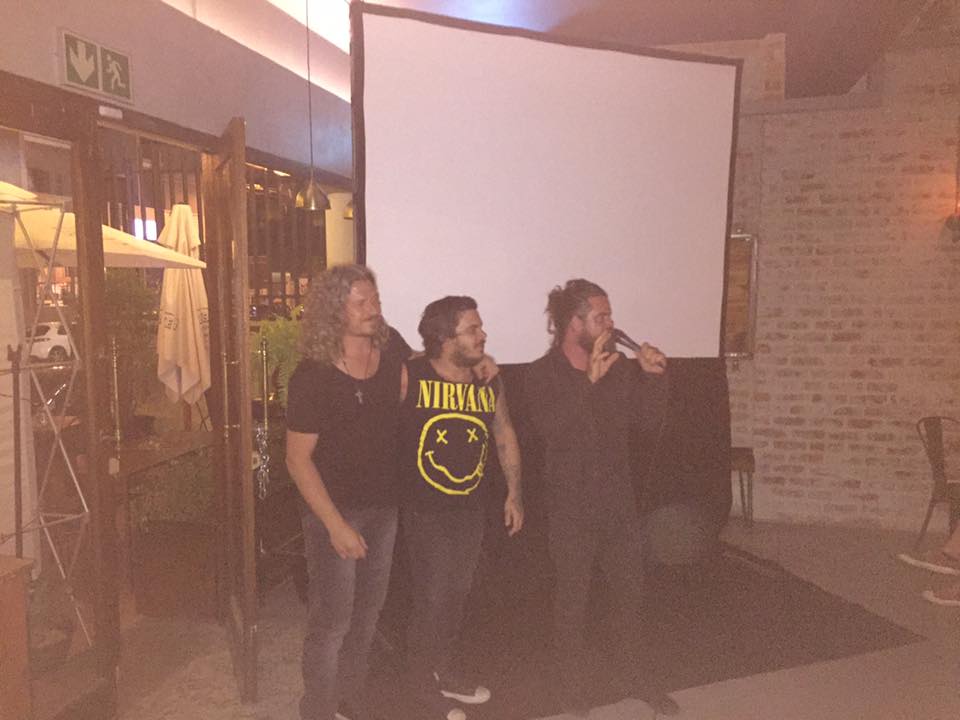 Andre Kriel, Jason Oosthuizen, and Kobus de Kock, Jnr at The Waking The Scarecrow DVD launch at The Shadowboxer in Greenside. Picture by Gareth Wilson.

The DVD is a neatly organised “concert film”, consisting of a collection of the band’s performances in various locations: from the enormous stage at Oppikoppi 2015, to Park Acoustics, Cape Town Blues Summit 2015, The Good Luck Bar, Aandklas Pretoria, Klitsgras Drumming, Die Stoep in Nelspruit and Dakota Lee in Sandton. And a fun extra surprise is that the songs are interspersed with interview sections with the band. These are pretty casual though, and doesn’t feel like forced introductions for the songs – rather just some simple, sometimes abstract, thoughts from the band about songs, performances, and the difficulties of owning harmonicas.

On a technical level, the show is energetic, colourful, and shot and edited in a way that amplifies the band’s on-stage bouncy enthusiasm. They’ve employed some video effects (like film “damage”, video interlacing, black and white or colour effects) that sometimes detract from the live authenticity. But these effects are limited enough that it isn’t a huge bother, and manage to complement the style of the Bones’ show.

The biggest negative of this show, especially considering the band’s desire to capture the lively vigour is in the sound recording, and how I wish the audience was more audible in certain parts. I can attest that a big reason for the goosebumps and spine-shivers that usually accompany a Black Cat Bones show is the breath, chants, singing and shouting from the fans around you, and that was missing here. Especially on select tracks, like Up On A Mountain, I’m sure an audible crowd would’ve pushed the show from “amazing” to “perfect.”

If I were pushed to nitpick, I’d really have to go search for inconsequential nonsense. There was one moment where the Jägermeister bottle sitting clearly in frame felt a little obvious (the Bones endorse the brand). But for a casual viewer, nobody’s going to care. The other place I’ve stumbled is the DVD menus. While it functions perfectly most of the time, pressing the menu button mid-show to select a different song, for example, forces you to watch the 40-second menu into before allowing you to make a selection. Again, a very minor hiccup, that encourages viewers to just sit back and watch the whole DVD from beginning to end. 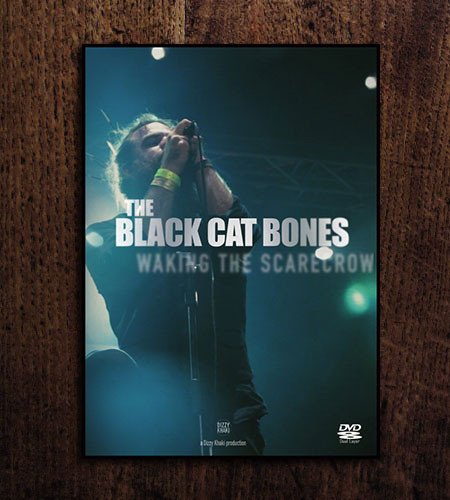 Speaking of which, the full film is a 54-minute long presentation that’s well-balanced, containing loud, exciting songs that’s heavy on the rock, Black Cat Bones staples like Old Man (M)alone, The Long Drive, and The Dimness, slow, bluesy numbers like Screamin’ Jay Hawkins’ I Put A Spell On You and That Look On Her Face, and everything in between. The show is a nice entertaining set that packs slightly more content than the average 45 minute festival slot, and with the interview segments mixed in, gives an intimate glimpse at the people behind the songs.

Additionally, the disc contains 6 extra tracks (presented as separate songs, without the interview segments): Rage Of The Machine’s version of Bruce Springsteen’s The Ghost of Tom Joad, ZZ Top’s I Gotsa Get Paid, Motörhead’s Ace of Spades (a montage, as a tribute to the recently deceased songwriter Ian Fraser “Lemmy” Kilmister), and acoustic versions of 100 Soldiers, Roll on Jordan, and Roy Rodgers’ Black Cat Bone recorded at Marshall Music.

For any nerds reading, the video is generally presented at about 9Mbps and authored to a dual-layer DVD, presented in great colour, with minimal compression artifacts, and reasonable amounts of crushing. For anyone else reading, don’t worry: Dizzy Khaki (who produced the DVD) checked the necessary boxes to ensure that the DVD looks and sounds amazing.

In general, the disc definitely provides much of the authentic live feeling that The Black Cat Bones were after. Especially for a South African production, Waking The Scarecrow is exceptionally well-made. It’s worth its R200 selling price, and while it’ll never match a true live show, it’s surprisingly close to what having the Black Cat Bones in your living room would be like. Except you don’t have to worry about the band or fans bumping and breaking your possessions, or noise complaints from the old, grumpy neighbours.

Get your copy of The Black Cat Bones‘ first live DVD, Waking The Scarecrow at live shows or online here.