18 January 2016 Off By Floris Groenewald

But what exactly is 10 Cloverfield Lane? Except for the title, the teaser doesn’t show any connection to Cloverfield. When asked for a comment, Abrams called this film “a blood relative of Cloverfield.” My guess is that means we won’t see any of the same characters, or the same monsters, or the same found-footage style. The poster even implies that this film is all about the human “monsters”. 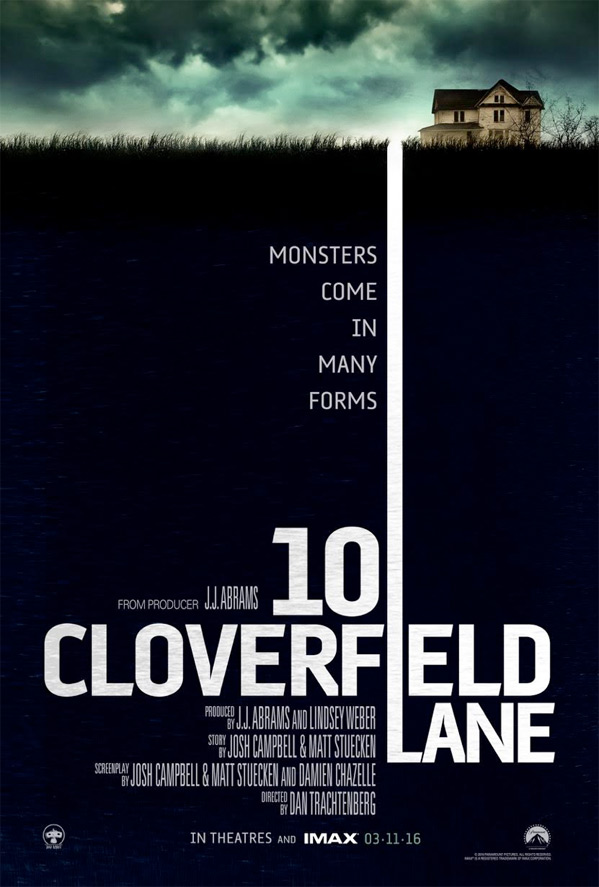 Still, the teaser is intriguing. The reveal is a surprise. Obviously, Abrams & Bad Robot is still really good at surprises and marketing/production mystery. Similar to the teaser of the original Cloverfield, which didn’t even reveal the movie’s title, but only gave a release date:

10 Cloverfield Lane is scheduled for release in America on 11 March 2016.

PS. Did anyone notice that Damien Chazelle (writer/director of Whiplash) is one of the screenwriters? Now I’m even more excited.

See Portal: No Escape below.