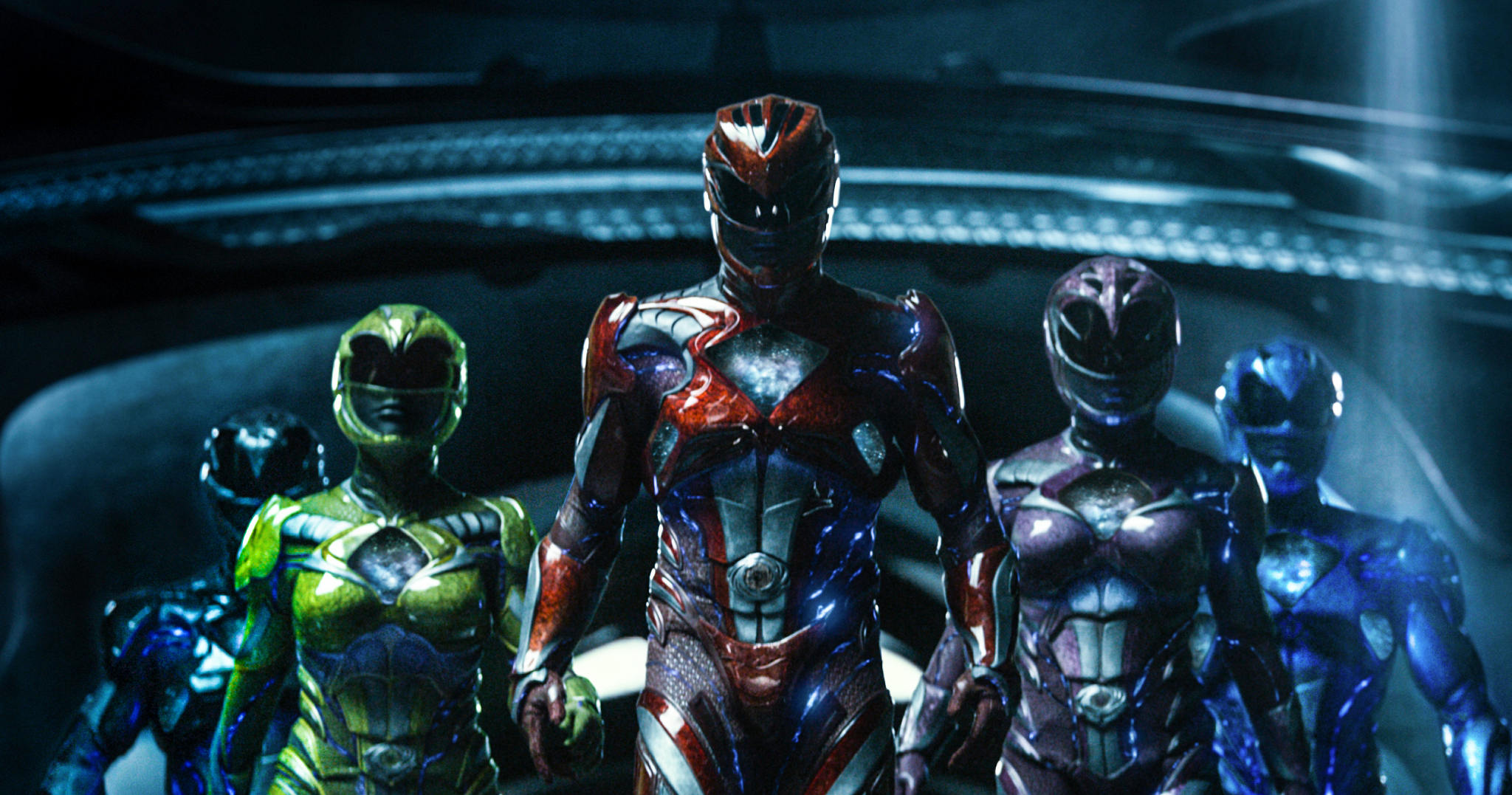 I suspect whether you’ll be go-going to or stay-staying home for Power Rangers depends on how much you loved the original TV show and movie, but this film is, for the most part, a fun ride.

You know the plot don’t you?

Five teenagers inherit power coins and Zords (dinosaur fight machines) from Zordon (who is an alien trapped inside a wall and also Bryan Cranston) and must morph into Power Rangers to save the world from the malicious, aptly named alien, Rita Repulsa. 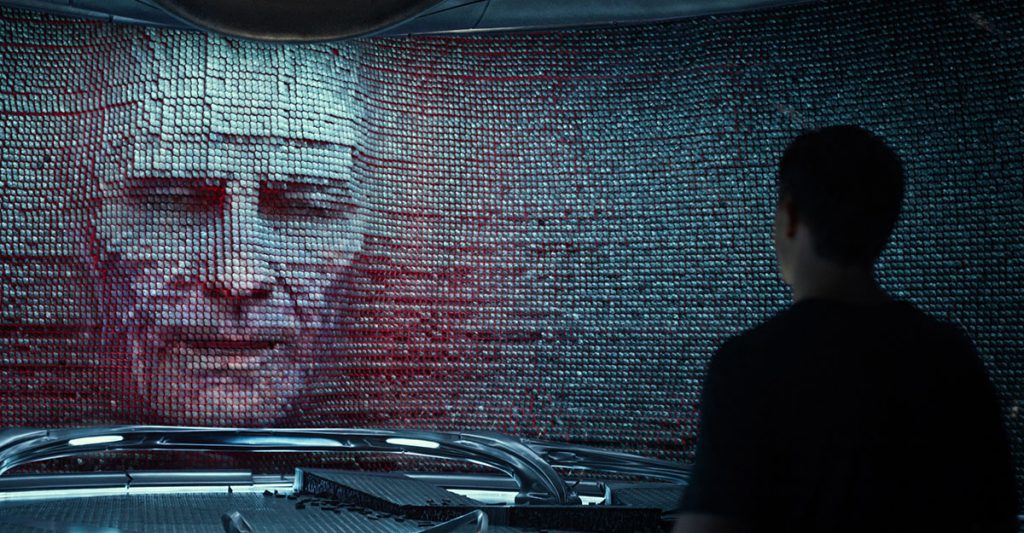 Expect to watch a movie about brightly coloured teenagers fighting extra-terrestrial evil and I don’t think you’ll be too disappointed.

That said it takes a while to get to the brightly coloured part, and there’s a fair share of angsty preamble before it’s morphin’ time. 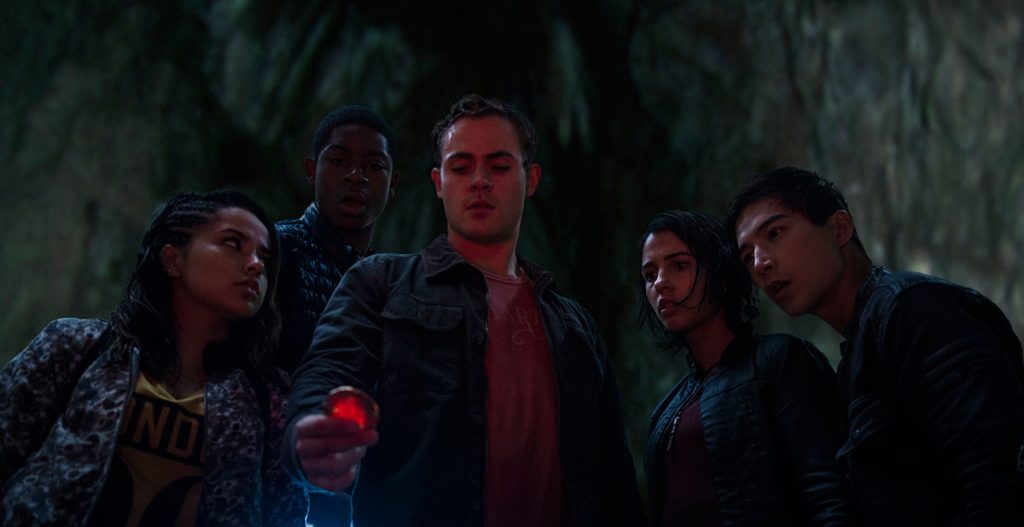 Gone are the relentlessly chipper rangers of your childhood, replaced with a rag-tag bunch of misfits painted (red, pink, blue, black and yellow) with a thoroughly modern brush. The writers have at least tried to round out the characters with sympathetic vaguely interesting backstories: Jason is a rebellious ex-football captain, Trini’s family doesn’t get her, Kimberly’s a social pariah, Zack’s an overburdened trailer-park kid and Billy is “on the spectrum”.

Mercifully amidst the turmoil (both super heroic and mundane) there are moments of levity, including lines from the show. 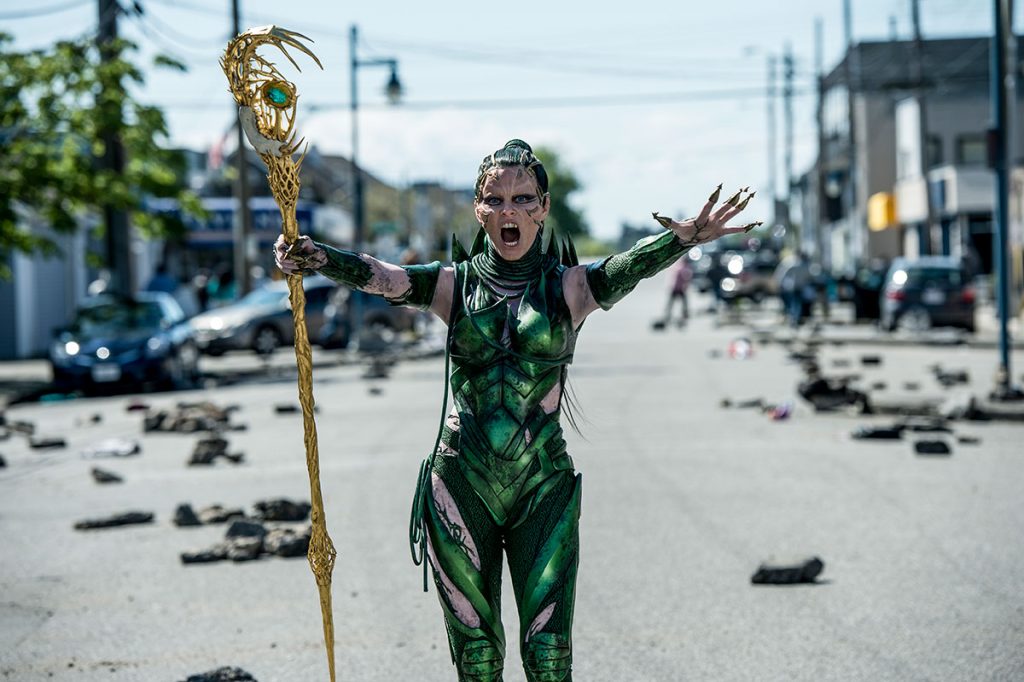 Apart from character updates, the lore has had a once-over too, and mostly, I suspect, in ways that will delight rather than anger long-time fans. The first act moves along quite successfully, but the cracks become more obvious after that. The tonal unevenness between colourful kids’-property and reimagined gritty reboot mean that we get scary and sad bits that may prove a little too graphic and too maudlin for children.

Sadly the biggest let-down is Elizabeth Banks’ Rita, whose erratic campness would have gelled much better in the 1995 film.

Power Rangers is uneven but generally enjoyable in spite of its inherent pitfalls. I smiled more than I frowned. I’d say, “expect sequels”.

Endnotes:
*I don’t think the producers, director or production designer know what a mastodon is. 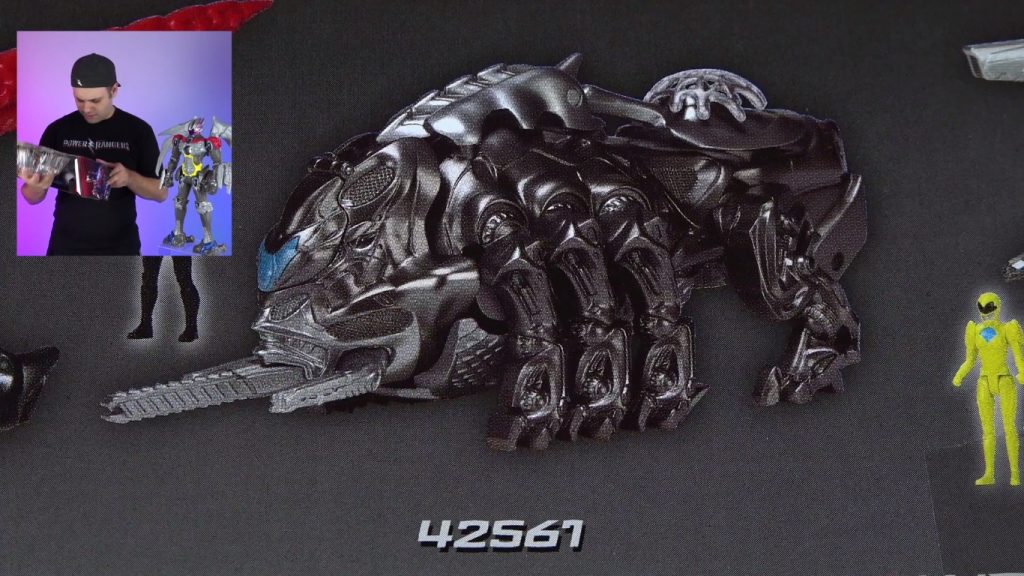 **Super fans, worry not – the theme song makes an appearance and even my cold black heart swelled under its influence.

***If you liked the film go grab a donut at Krispy Kreme because I suspect they paid for it.

Jared is a cantankerous designer looking for love in all the wrong places and living vicariously through television. Sometimes he makes things.

Jared is a cantankerous designer looking for love in all the wrong places and living vicariously through television. Sometimes he makes things.