Breathe is the inspiring true love story of Robin (Andrew Garfield) and Diana Cavendish (Claire Foy), an adventurous couple who refuse to give up in the face of a devastating disease. Breathe, the heartwarming celebration of human potential, also marks the directorial debut of Andy Serkis.

Breathe is the directorial debut from Andy Serkis and produced by BBC Films and BFI. It’s based on the true story of Robin Cavendish, who contracted Polio at the age of 28 and is paralyzed from the neck down. All this right at the point of his life where he is about to start a family, which causes severe depression for Robin. His wife however is determent not to give up on him and to make sure he doesn’t give up on himself. 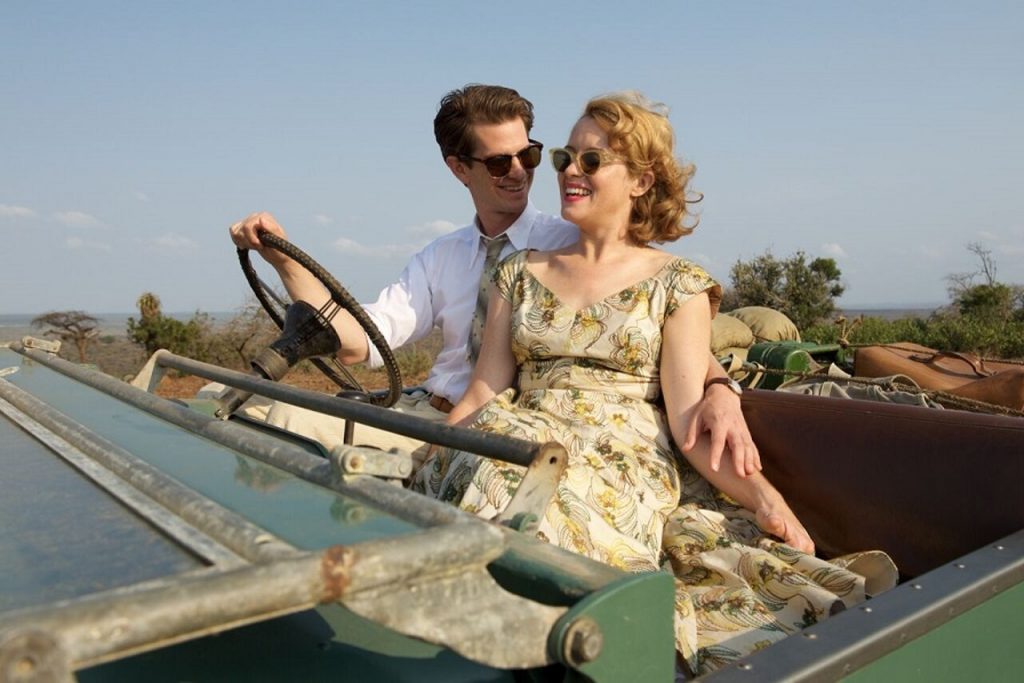 With the help of his wife and innovative and intelligent friends, they not only manage to get him out of hospital, but also invent the first ever portable respirator. This gives Robin the chance to get to know his family and even relive a bit of his adventurous lifestyle after all. Robin later also becomes the campaigner for the disabled and travels to Germany to introduce their new invention.

Keep in mind this is a true-life romantic drama, so things tend to get a bit soppy and might not be for everyone, but it’s clear how this film will most probably contend in categories such as “Best Actor/Actress”. However, this depressing tale does come forth somewhat cold and sterile. As if the story wasn’t packaged neatly enough. Without criticizing the filmmaker’s debut film too much, this true story does lack some emotional impact.

The real life Jonathan Cavendish financed the film and initiated the original screenplay on his father’s life, so at least we know the stories depicted in the film must be true and accurate, even if they feel a bit shortcoming at certain stages. Despite the intent of the film not being the romantic side of things, the romantic segments between Robin and Diana is nothing to write home about, and actually seems quite cliché. 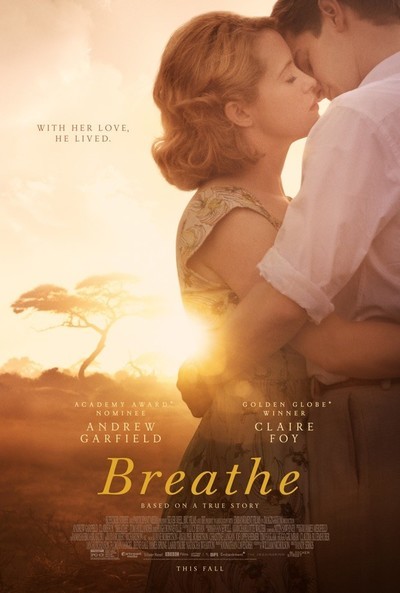 There is nothing extraordinary about this true-life drama, but if you enjoyed The Theory of Everything and similar films you would appreciate Breathe as well. The film even ends with real life film footage from the Cavendish’s archives while the credits start rolling. As I made my way out of the cinema, I just wished the film had left me with a bit more and made a bigger impact on me.

Breathe is directed by Andy Serkis, and stars Andrew Garfield and Claire Foy.

Willem is a cinephile, so naturally a bit of a film critic. He’s been called a Neil Blomkamp fan and to grow the fuck up for criticizing an Alien film. He makes films (short ones for now), take photos and sometimes write about those films he hopes to make one day.

Willem is a cinephile, so naturally a bit of a film critic. He's been called a Neil Blomkamp fan and to grow the fuck up for criticizing an Alien film. He makes films (short ones for now), take photos and sometimes write about those films he hopes to make one day.