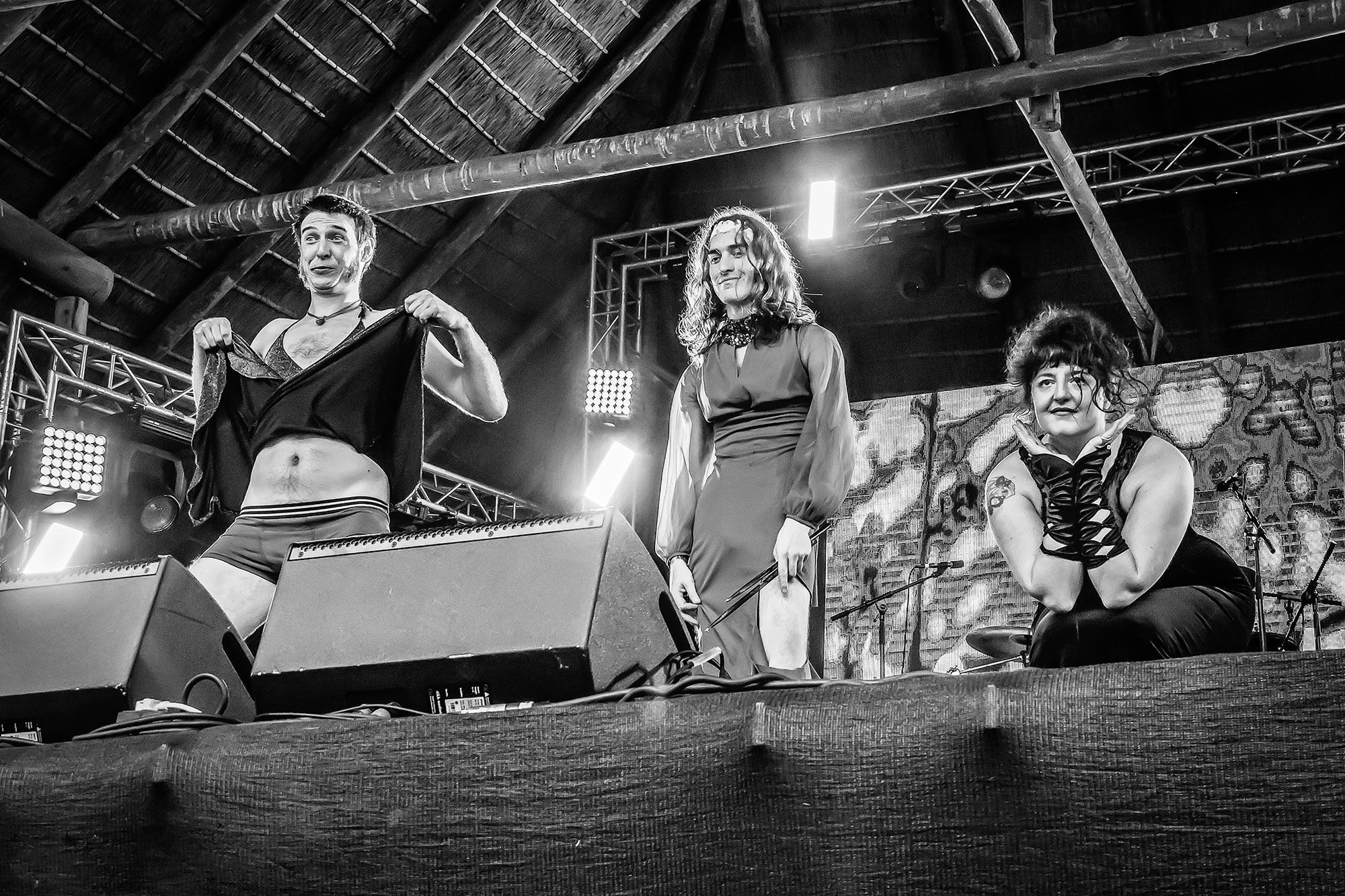 Pollinator is excited for Park Acoustics like matrics before the ball

22 November 2017 Off By Floris Groenewald

Pollinator is a three-piece rock band from Joburg, and they’ll be making a debut Park Acoustics appearance this Sunday. After we spotted them playing in dresses at Oppikoppi this year (they wanted to look like they were off to a matric dance), we couldn’t resist asking them about balls, music, and mating calls.

The band is known for exciting, physical, and somewhat theatrical shows. “It’s an integral and unavoidable part of our band,” they say, “because it’s also part of who we are as individuals and our everyday lives.” 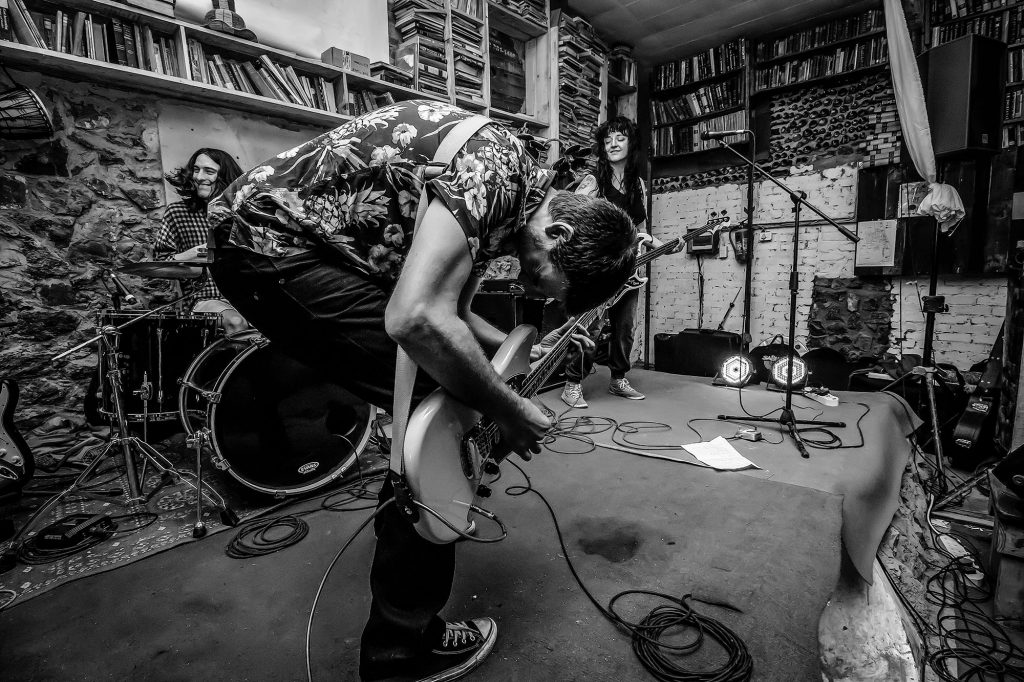 And as if the name Pollinator isn’t enough, they reinforced the thematic idea with their album titles – Honeyeaters and Fruit. “Music is the closest thing to the human mating call,” they explain.

“We view our songs as our children, and our albums as their day-care centers.”

“We enjoy releasing full albums as opposed to EPs, because we prefer novels to short stories. Also, we have a variety of sounds that we like to explore and can do so better on an album format.”

“We have started writing some new material, but we’re in no rush to release anything soon.” 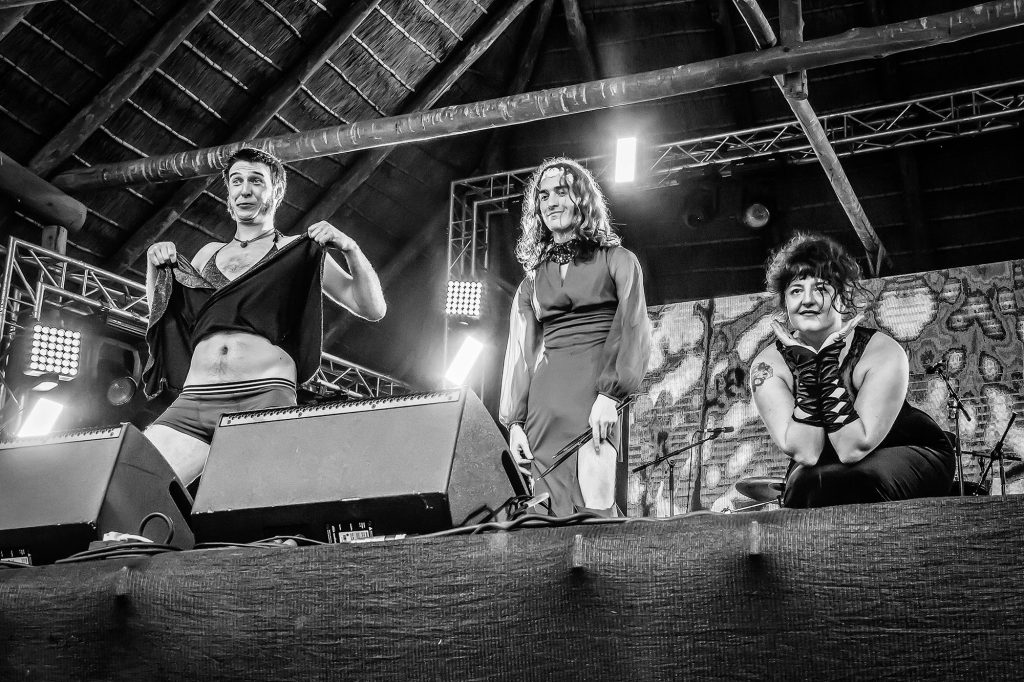 Though the band hasn’t played at Park Acoustics before, they’ve all attended. Especially Tim, the drummer, have performed there twice with Hey!Bang!Dead! and The Tazers.

“We’ve been wanting to perform at Park Acoustics forever and we’ve finally got our invitation. It’s definitely the best event to discover new and amazing talent at. We’re beyond excited.”

And their upcoming set this Sunday? Expect “three-way harmonies on a bed of guitar, bass and drums. Drizzled with a noisy, unapologetic, yet mildly insecure vinaigrette.”

Pollinator will be at Park Acoustics in Pretoria this Sunday (26 November 2017). Get your tickets here!