18 September 2016 Off By Floris Groenewald

It’s been a while since we’ve really heard from ISO, and it’s understandable why. The four members of the band had grown up, changed things, moved, gotten married, and started side project bands. But somehow, through all this, they’ve managed to get another album together: Polydimension. I spoke to ISO’s frontman, Richard Brokensha, about everything behind the scenes of ISO.

In recent years, plenty things have changed for ISO – it wouldn’t have been a long shot to predict the band… umm… disbanding. Keyboardist Alex Parker got married and started Academie with his wife, bassist Franco Schoeman is gigging and recording on his own as Franx, and Richard, having gotten married and moved to Cape Town, is also releasing music as a solo singer-songwriter. I asked Richard whether his physical distance from the rest of the band makes things harder. 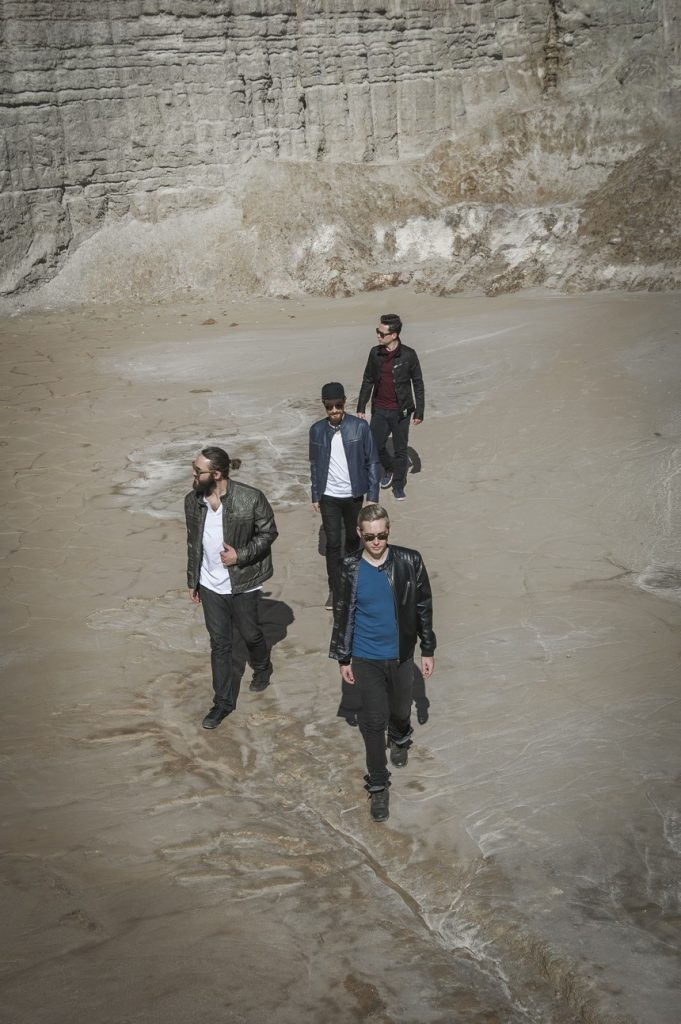 “It is a challenge at times, but we are able to make it work, and I do travel to Johannesburg very often, so we see each other regularly. We still rehearse together in Joburg and when we tour, I go up at least a week before to prepare the production together with the guys.

“I feel it is just a different creative process, I will send a song to the guys and each member then writes their own parts, and when we get together we combine them and fine tune whatever needs attention.”

“With this album I wrote a lot of the music and sent it up to the guys. Most of the time I would only send guitar or piano with vocals and let them add their instruments however they choose. It felt very natural this way and added to creating quite a unique sounding album. The internet helped us share all our ideas and recordings with each other in order to prep for the live studio recording of Polydimension.”

“It makes us all better musicians by branching into different areas, as well as understanding people a better by getting ‘older’. This just adds to ISO becoming an even more musical and enjoyable band. Of course change can be quite a difficult thing to accept and get through but it is the only constant in life so why not try embrace it.”

The band lineup itself has also evolved. In early 2015, their original drummer, Marko Benini, left the band after 8 years.

“Of course,” says Richard, “Marko added a lot to the dimension of the band, and we treasure the years we had with him. But people move on and want different things in life, so everything that did happen was for the best for everyone.”

To replace such an important member of the band, they held a few auditions. “But we know most of the good drummers in SA so we had our eye on Nic anyway.”

“He sent us a video of him playing one of our most difficult songs [Vice Versa] and from there we knew he would be the perfect fit. He is also pretty decent at being a human.”

The first single from the new album, Rabbit Hole, is credited to Richard as songwriter. But while the song originated with him, the rest of the band had huge input in the final song. Richard recorded guitar and vocals for the song, sent it to the band, and when he got it back, each person had added their part. Tonally, Rabbit Hole feels like a falling journey which ends up in a brighter, more hopeful ‘wonderland’ towards the end.

“My writing is nearly always hopeful. Sure, the song is about toxic relationships, but it also gives hope and light to the situation, which is what the chorus speaks about. We are definitely going to be taking our audience on a crazy journey through the album so they can expect falling through rabbit holes, as well as being in different states of being.”

ISO’s latest album, Polydimension, is bigger than just an album. With accompanying artwork, and longform prose narrative (read it on isoband.net), it’s a multimedia project that merely centres on the songs.

“We usually are quite conceptual with our releases,” says Richard, “and Polydimension is completely a conceptual album. I mean the word doesn’t even exist, hahaha.”

“It always starts with the music for us. The music creates imagery in our minds, and this adds to the bigger picture. We like to collaborate with other creatives and with this album, our designer, Baden Moir, did exactly what we wanted! We also worked with photographer Sean Brand to achieve the look we wanted with our photographs accompanying the release.” 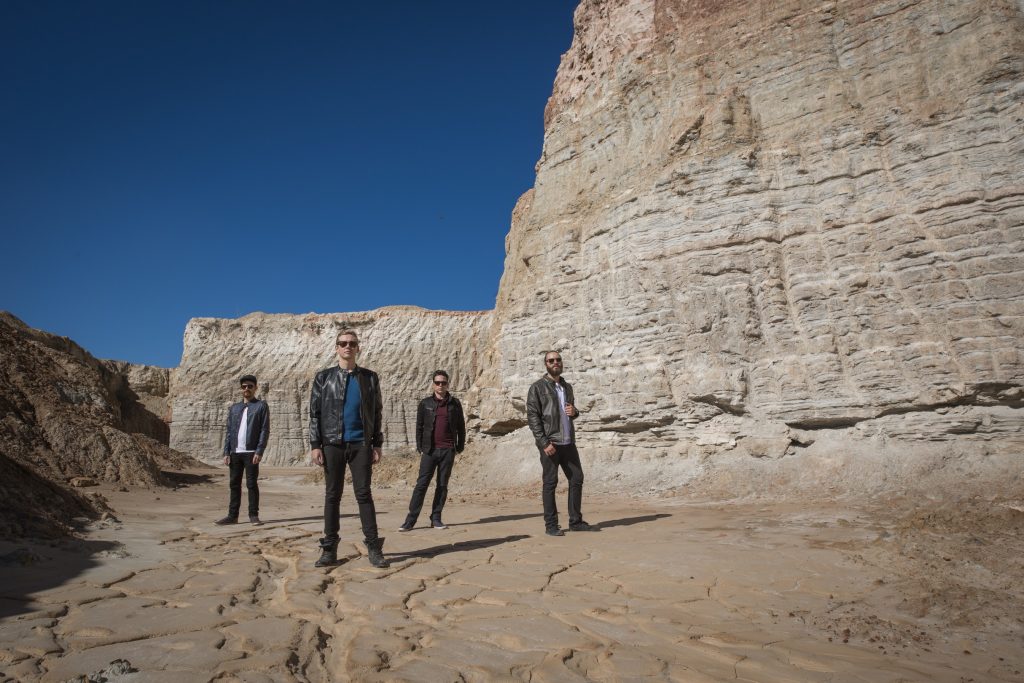 On the musical side, they decided to go more technical, leaning more towards progressive rock than what they’ve done before.

“It makes us happy to play music that takes a few listens to understand, because once you understand the track, I feel you fall so in love with it. This is at least how I listen to music.”

“I get bored if I don’t have a challenge and the other guys feel the same. It is also fun to melt faces in a crowd, and being technical allows us to achieve this.” 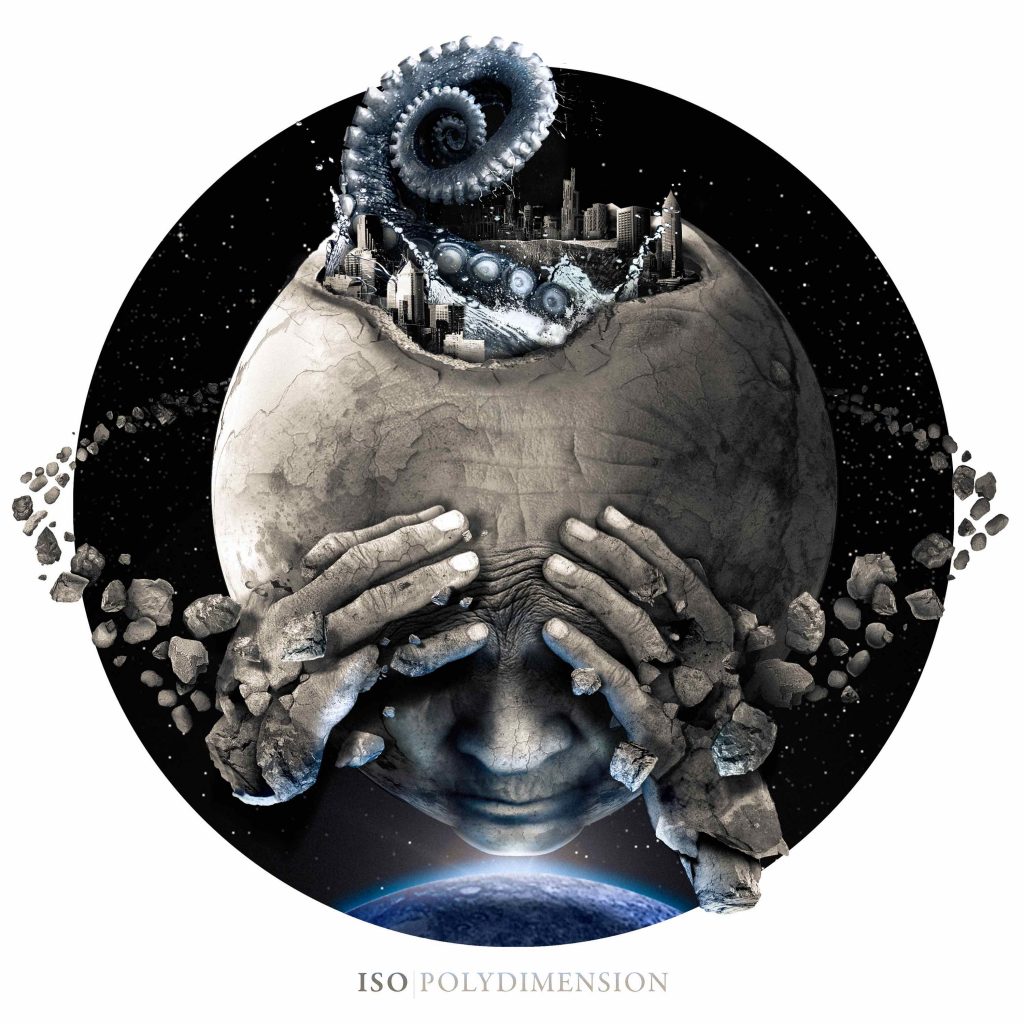 ISO officially released Polydimension on 16 September, and will be playing launch shows at The Good Luck Bar in Johannesburg on 30 Sept, Arcade Empire in Pretoria on 1 October, Bohemia in Stellenbosch on 6 Oct, unplugged at Cafe Roux in Cape Town on 7 Oct, and Beerhouse in Cape Town on 8 Oct. And Richard says there’s a lot of fun coming.

“There are lots of surprises in performance and production that we are currently putting together. All our fans are amped for the new release and the shows are going to be crazy, we also have an unplugged show at Cafe Roux launching in the tour with a different set list which I am so excited for.”

ISO‘s latest album, Polydimension, is out now – you can get it on iTunes. Check out the band on Facebook, Twitter, and Soundcloud.