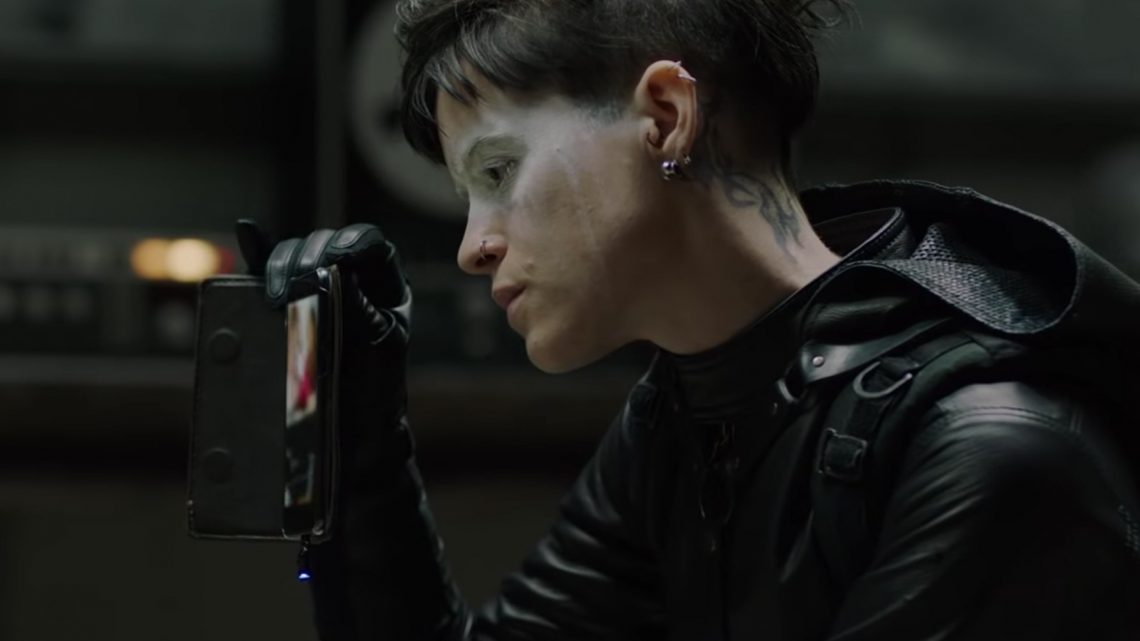 Shaken and Stirred: The Girl in the Spider’s Web as a Bond replacement

8 November 2018 Off By Floris Groenewald

The short version is that The Girl in the Spider’s Web is the sequel to David Fincher’s 2011 thriller The Girl with the Dragon Tattoo. But the whole truth is a little more complex than that. Partly because THIS TIME, IT’S PERSONAL. But also because Sony Pictures decided to play fast-and-loose with the book series this novel is adapted from. And at the same time, trying to nudge it into blockbuster thriller franchise territory…

You can tell from the opening credit sequence that The Girl in the Spider’s Web really wants to be a James Bond movie. And I guess that isn’t the worst ambition in the world, but I’m not crazy about wearing it on your sleeve like that. Especially when Daniel Craig – James Bond himself – starred in the previous instalment in this series. Yes, there was a previous film, though Sony and director Fede Álvarez seems to prefer to neither confirm or deny its existence. The Girl in the Spider’s Web seems to be a “soft reboot” of the franchise, but it’s hard to tell exactly how soft it is. For a start, this film is based on the fourth book in the series, which means that the American film adaptations skips over two films to get here. Here’s an infographic to hopefully help make sense of the franchise: 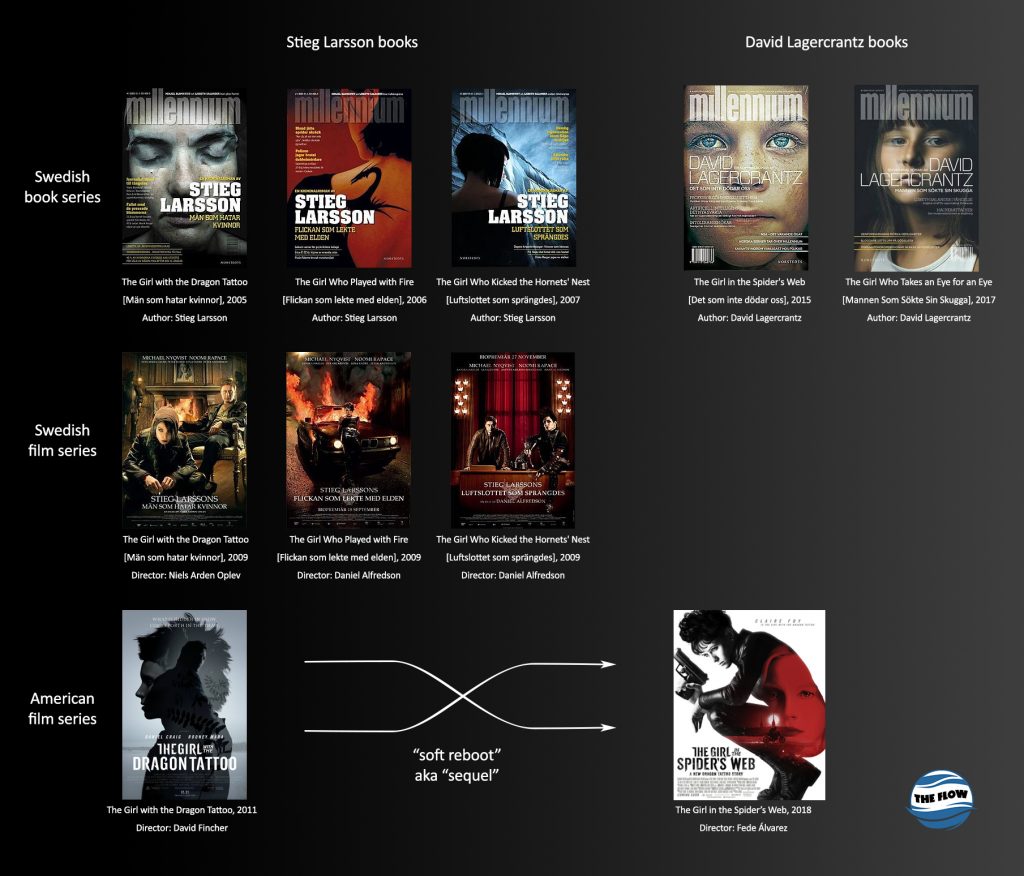 The Girl in the Spider’s Web definitely implies a past (especially in the relationship between its leads: Claire Foy as hacker and vigilante Lisbeth Salander, and Sverrir Gudnason as journalist Mikael Blomkvist). On the other hand, Blomkvist seems a couple of years younger than the last time we saw him… Maybe its best to not think too hard about these things, just accept the new movie as a standalone, and think of Fincher’s 2011 film as a Schrödinger’s prequel.

In The Girl in the Spider’s Web, Lisbeth’s past catches up to her, when her father and sister are revealed in a couple of haunting flashbacks. In the present, Lisbeth gets an assignment to steal an uncopyable computer program, and this makes her the target of dangerous people with bad intentions. It’s essentially a thriller plot we’ve seen a bunch of times before, and surprisingly exciting for a story based on computer crime. The film’s director, Fede Álvarez, whose previous films Evil Dead and Don’t Breathe were well received, uses the cinematography, sound design, and editing tools to his disposal to put you in the character’s heads – viscerally experiencing their anxiety and disorientation, and ducking to avoid bullet hits. The characters – especially Claire Foy as Lisbeth and Christopher Convery as a kid caught in the crossfire – are excellently written and portrayed, and helps to guide you into a world of coincidence and science that isn’t always easy to believe in.

But although the script was handled well by the director, it wasn’t as good as it could be in the first place. There are some original, unpredictable setpieces, but the technology that the climactic escape sequence is based around isn’t any less far-fetched today than it was in 2008 when Christopher Nolan used it in The Dark Knight. The film is a collection of well-trodden tropes that don’t really amount to much more than the sum of its parts. The Girl in the Spider’s Web is a decent enough standalone thriller with definite sequel potential, but it’s desire to overthrow James Bond’s throne is absurd as long as there’s a decent Bond franchise to be compared with.

The Girl in the Spider’s Web is in cinemas from 9 November 2018.