Crafting the sequel to a classic: Finding Dory review

“The thing about sequels” is a bad way to start a review. Cause you’ve most likely already read a review that starts like that. And you’re not reading this review to listen to someone compare two movies, or draw similarities between all second installments. You’re not reading this review to hear someone’s boring old opinion on the state of the film industry. You most likely just want to know whether Finding Dory is a good movie, or at least worth the time and effort it’ll require to see it in cinema.

But the thing about sequels is that it’s unavoidable to compare it to the first movie – especially where the first one is a classic like 2003’s Finding Nemo. 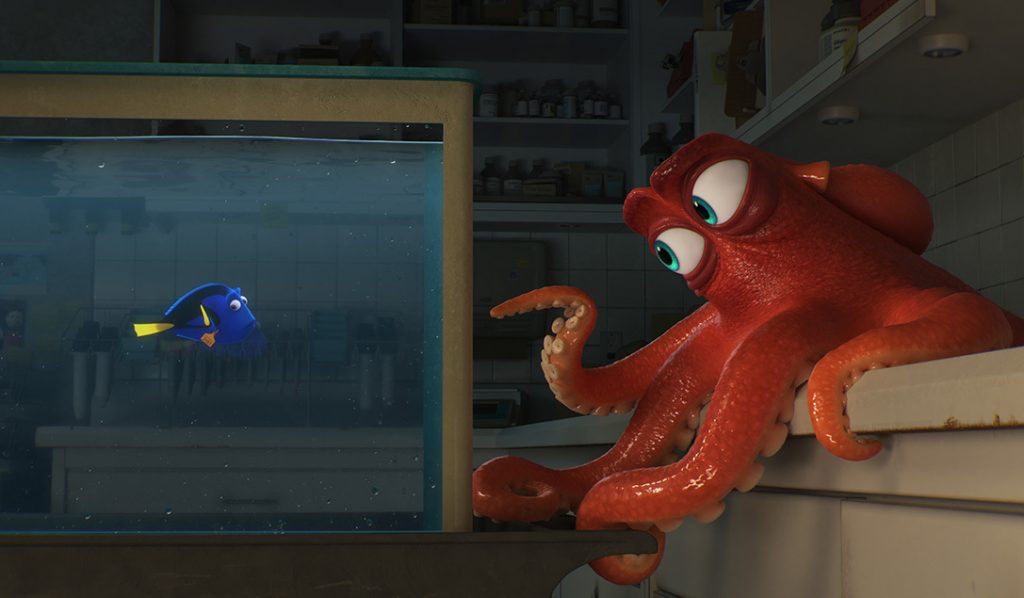 Finding Nemo did a LOT right. It had humour, it had heart, it had spirit, action and adventure. It even had some life lessons. Most important of all though, is that it had a solid ending which tied up all loose threads.

Luckily, Finding Dory also did a lot right. It starts off some time after Finding Nemo – Dory has settled in living with Marlin and Nemo, when she starts getting flashes of memory: she remembers her parents, and sets off on a search to find them again. Obviously it turns from “Finding Dory’s parents” into “Finding Dory” at some point, and a bunch of other interesting creatures get involved along the way. The film’s dramatic moments might be darker and scarier than that of the first film, and it deals with difficult topics: We see Dory experiencing fear, confusion, and anxiety, and Marlin has a hard time dealing with his friend’s quirks. Finding Dory has heart, humour, drama, action, and lovable, hilarious, complicated characters. 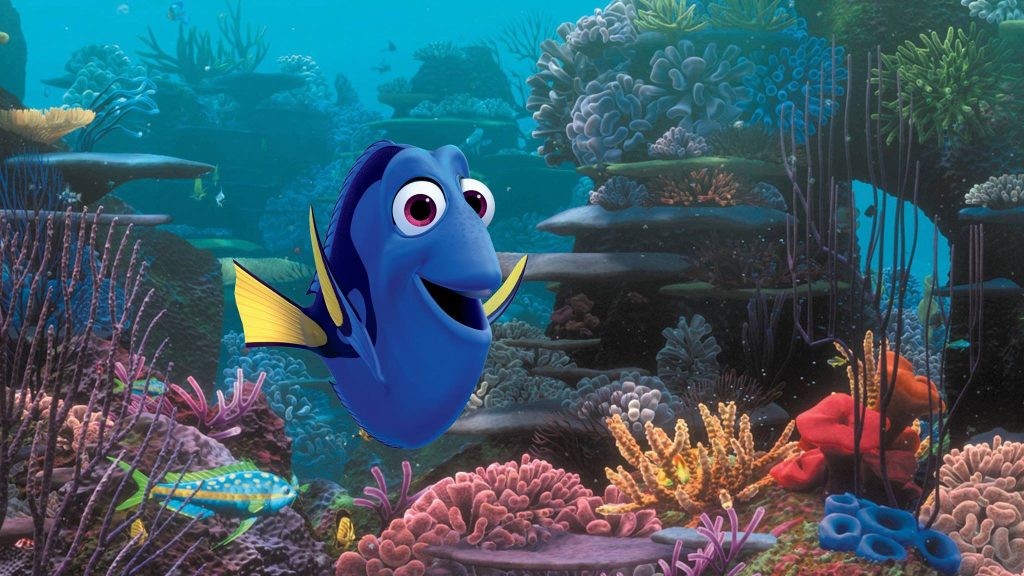 They even depict a would-be SeaWorld substitute (the “Marine Life Institute”) without falling into the tropey trap of portraying the organisation as a cruel animal-hating prison. There aren’t any hints that the Marine Life Institute might be evil or cruel, and it basically appears as a comfortable rehabilitation centre where humans help animals, but not really a place you want to end up permanently.

Surprisingly, Pixar even did their marketing right. In an unpopular move (compared to modern trailer trends), they didn’t give away too much in the trailers and marketing campaigns. Although the most basic core of the plot was revealed, they didn’t spoil any plot twists, and they definitely saved the best laughs for the movie itself. In fact, the first trailer (below) mostly consists of footage that’s not even in the movie, never mind the fact that it doesn’t show anything past the first act.

…which might be unfortunate, since Finding Dory‘s first two acts are its weakest. Not that it’s terrible, but the film sets off on a narrative journey that’s very similar to Finding Nemo. Even when it varies, the repeated flashback technique, while relatively imaginative and unique, gets tired very quickly. But in its final act, when everybody is applying the lessons they’ve learnt, and using all the unique talents of each character, it really shines. The film concludes with a fantastic, funny, action-packed act which makes the film worth the ticket price.

Actually, Piper, the traditional Pixar shortfilm before the main feature, is practically worth the price of admission. Don’t arrive late to Finding Dory!

Ultimately, Finding Dory is a movie about family, putting your trust in others, and most importantly of all, dealing with mental illness or people with different sets of life skills than yourself. It’s cute, funny, and though it seems very familiar in parts, it has enough originality, beauty, laughs, and heart to make it stand up as a great film on its own.