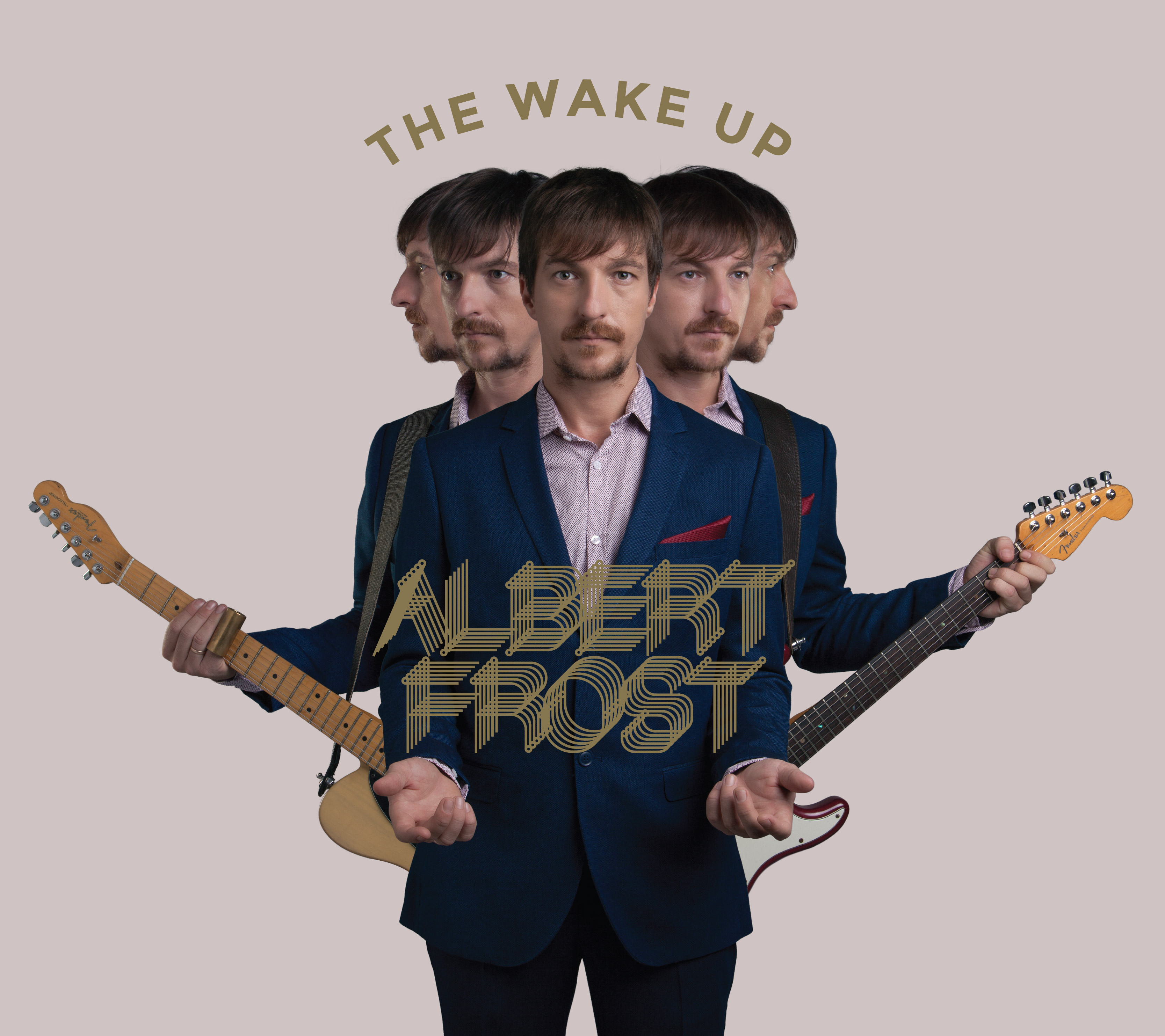 The Wake Up: Albert Frost talks about turning over a new leaf

For such a prolific performer, his new album, The Wake Up, comes a surprising seven years after his last solo release, Devils and Gods. And for someone who’s spent 21 years as one of the Blues Broers before quitting the band last year, The Wake Up isn’t quite as bluesy as one might expect. “I’ve been slightly pigeon-holed as a blues guitarist,” Albert Frost explains – which is just how the music business works. But actually, my influences are very wide and range way further than just the blues. And I’ve never had a vehicle to explore that or felt that my voice is ready for this.”

Until now. The Wake Up, while firmly rooted in the blues [“I can’t escape it, I love it so much,” says Frost], is varied, eclectic, and certainly very different.

“The Blues will always be a part of me. I just needed to expand my sound, and show people that there’s  a bit more to me than just a blues ou, you know. That’s from years of working with everybody and doing everything from classical stuff to hard rock and everything in between.” 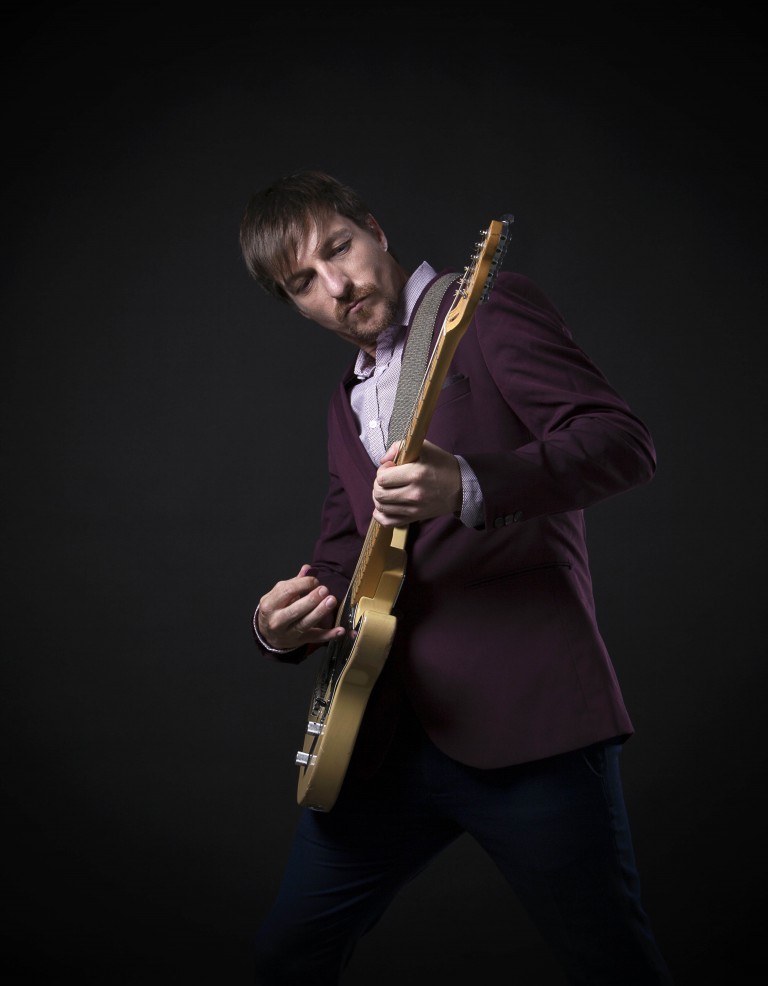 “So I’ve stepped out of the blues.”

“It’s a wake-up to me, or like a new musical direction that I’m taking, and also for people that know me, who are around me, and also hopefully a little bit in the industry – from a quality standpoint.”

The record opens with Outside, which is the bluesiest track on the disc, and sounds exactly like the Albert Frost you’re familiar with. But when the track slows down towards the end, it morphs into something else. Almost symbolically, the opening lines of the second track read like a letter addressing the past:

Don’t say goodbye, my friend
We’ve only just begun
Those crazy days have drifted on
We’ll still have our fun

This song, Tonight, expresses a kind of determined, independent direction – maybe some separation from the Blues. But obviously, a musical departure isn’t all this record is about.

“If there’s any kind of concept it’s basically it’s a culmination of everything that I’ve learnt over the last 2 decades of being in this industry.”

Tracks like Modern Romance and Home No More are cynical, while Summer Rain, Morning Pages, and Against The Wall are very light and optimistic, despite addressing feelings like being trapped and admissions that hard times and bad news are inevitable.

“Each song is like a journey, in a sense, that starts somewhere and ends somewhere else,” explains Albert. This is especially evident in Sunrise and Morning Pages – the latter song’s intro was so big, and the main body such a departure, that Frost opted to separate it into two different tracks. 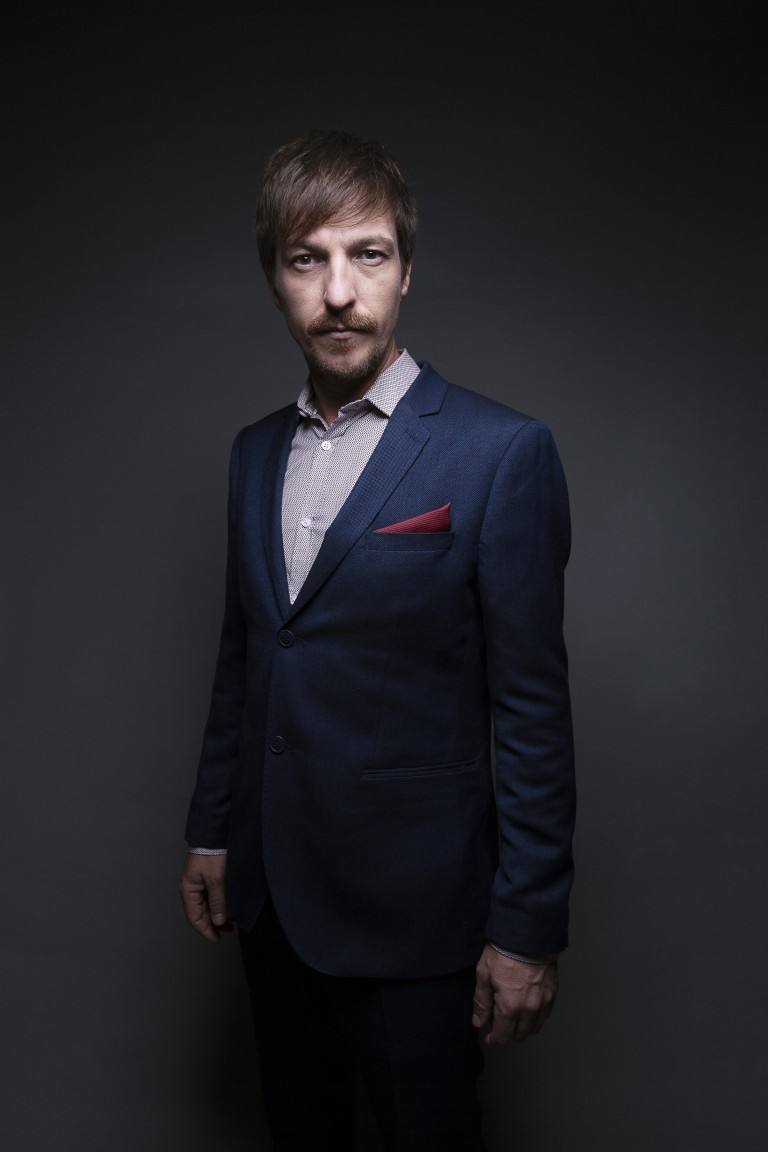 “There’s this other side of Albert that they haven’t seen yet.”

“It’s me exploiting music more, instead of it being focused on lyrics and a vocal, which is great anyway, ’cause it sounds like it’s the same guy, where, on Devils and Gods it sounds like six different bands, while it’s one project.”

“What happened with the recording process is I actually spent a year in the studio recording everything myself. So I’ve got pieces of songs in, and I played the drums and the bass on them as a pre-production exercise to try and find a formula that I can work so it sounds like it’s from the same artist, ’cause I can be very eclectic between the songs.”

“So what happened in my year of trying to get to this formula that I finally got, is that there’s five places incorporate the style that I’m infusing which is blues, rock, psychedelic rock, African, and South African influence. So those are the foundations of the sound.”

And it’s this multi-faceted Albert Frost that is depicted in the cover art: Someone who’s not just the one thing the world has labeled him, but rather a composite of different sides, different influences, and different musical styles. 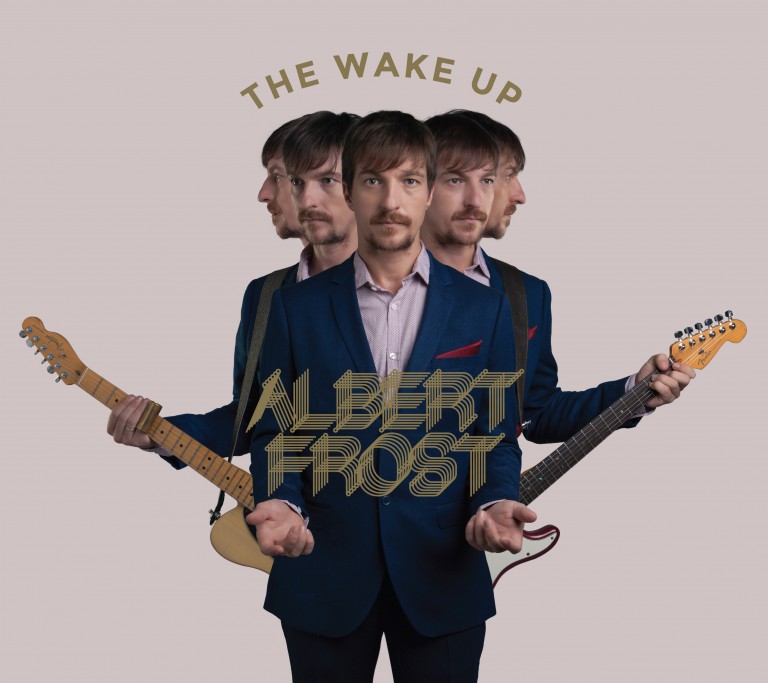 Yet he also brought in some help where needed: “[Collaboration] was important to me from a lyrical sense, cause I’m more an instrumentalist than a lyricist. So that’s where I needed help to finish the product. And I think it’s fabulous because it brought a whole different angle or flavour.”

Most of the lyrics on the album is co-written: Hunter Kennedy, Robin Auld, Simon Orange, and co-producer Albert Meintjies all contributed.

“I got in my drummer and bassist who I prefer to work with [That’s Jonno Sweetman and Schalk Joubert, respectively]. And all the music I sort of created myself – the soundscape, I pieced together. So that was the missing piece of the puzzle: to get other people to interpret what I made and put vocal and melody to it. It’s vital, otherwise it becomes this one-sided thing. Like what Lenny Kravitz did in his first few albums – he played all the instruments. And after a while it gets like – you can hear it’s the same guy.” 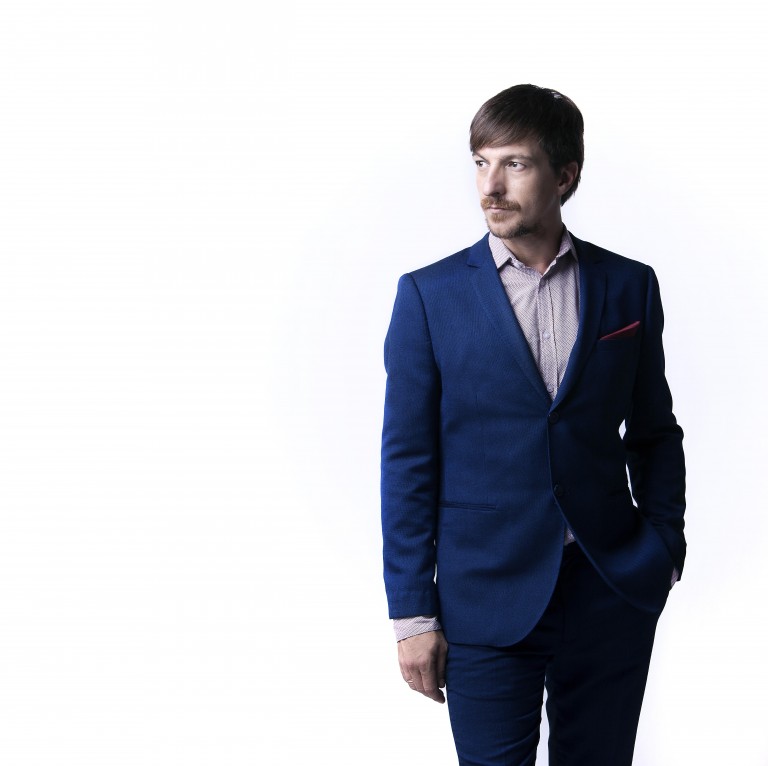 Then the album swells to a close. Home No More, with repeated shouts of “They say this house ain’t no home! This place ain’t home no more!” is a true rock ‘n roll expression of disillusionment, and Together represents the silver lining beyond. It’s a very African-sounding anthem that rejoices in romantic love, but could also be read as a celebration of multicultural unity.

The Wake Up launch tour

Over the coming weeks, music lovers will be able to see Albert Frost’s new material live for the launch of The Wake Up. “My sound is changing with this album so I hope people like it as much as I do.” 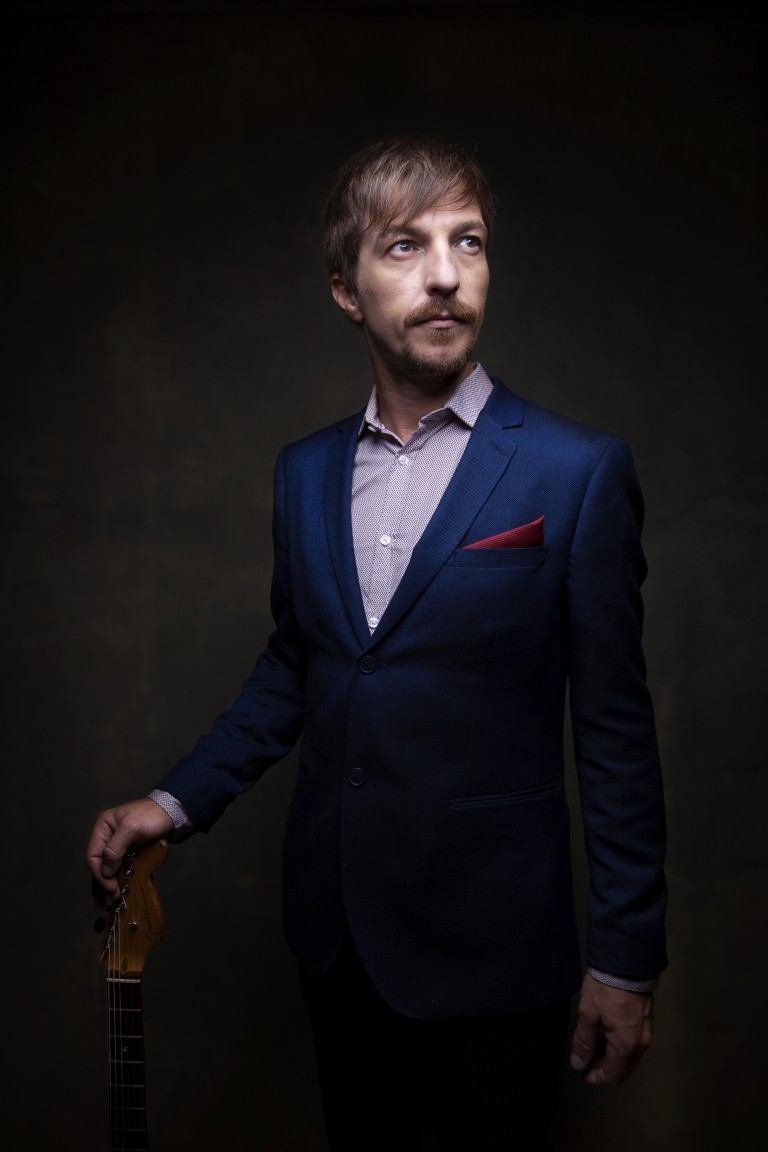 “It’s gonna be mostly songs from the new album. I’ll also do one or two blues tracks, and also maybe one song from Devils and Gods to put things into context. And the band is slightly bigger – I’ve got a guy who’s gonna come do some backup vocals and play some acoustic guitars.”

He adds: “The Wake Up is all about bringing something fresh to the show as well as incorporating the concept throughout the performance.”

“What people can expect – and I’ve made sure of this – is that the sound in the venues are gonna be very very good. Cause that is a vital thing for me – to make sure that it sounds good.”

“The destination for me is like an open book from here on out, so I’ve got no idea where it’s gonna go to or where it’s gonna end. Except that, I also broke off my ties with the Blues Broers last year, and I’ve been in that band for 21 years, so it’s totally now on myself to do what I need to do. So whatever’s gonna come I have no idea.
Let’s take it as it comes”

Albert Frost is one of South Africa’s most talented, hard working, passionate and prolific musicians. Mostly associated with blues guitar, he is now breaking out with the release of his much anticipated third solo album, The Wake Up. The Wake Up is available to buy (CD and digital) from VHMusic.co.za.