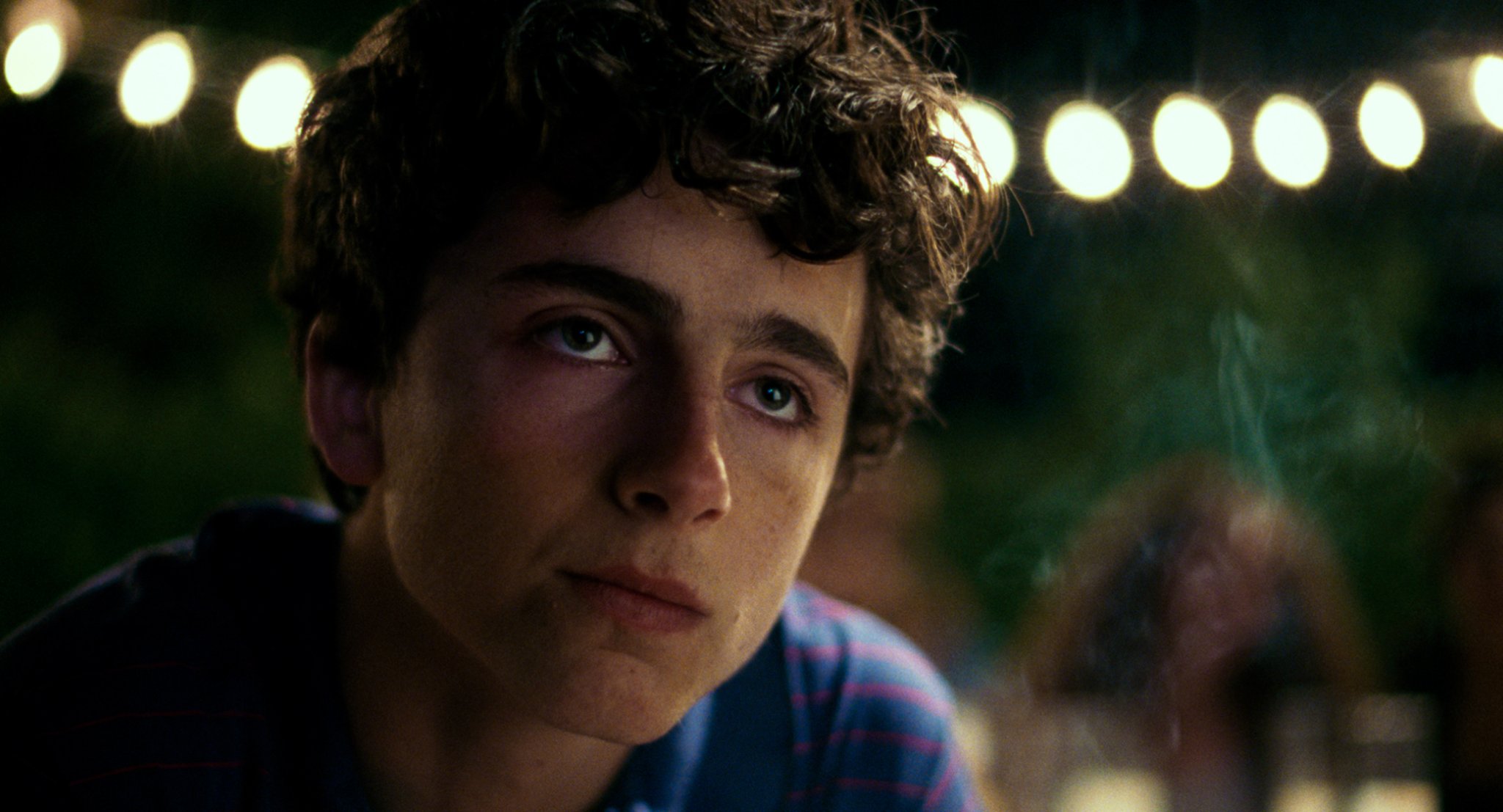 Call Me By Your Name: More than just a romantic story

Imagine the most European thing you can think of. Is it a sentient glass of red wine smoking a cigarette on a balcony overlooking Paris discussing the philosophical theories of Derrida? Because that is what I think of. Whatever your most European image might be though, I am almost certain that nothing could be more European than this film. This is the epitome of Europe in all its academic, cultural and slightly pretentious glory. This is European with a capital E. And you know what, it may also be the most heartfelt and affecting film I have seen in a very long time.

Call Me By Your Name (based on a 2007 novel of the same name by André Aciman and directed by Luca Guadagnino) follows the experiences of 17 year old Elio (Timothée Chalamet) “somewhere in Northern Italy” as he lives out his days in his family’s villa, transcribing music and generally being young and somewhat hormonal. His father is a seasoned archeology professor who invites a research assistant for a residency each year. Young Elio’s life is dramatically affected when his fathers’ new American research assistant Oliver (Armie Hammer) arrives to spend the summer. As summer progresses, feelings bloom and relationships are formed that forever alter the lives of these young men. 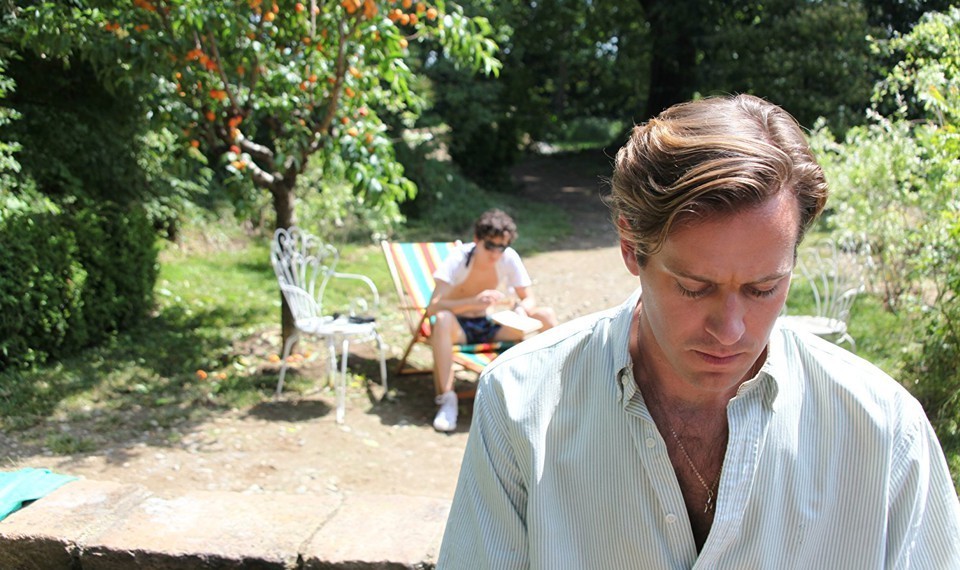 And that right there is the entirety of the story. Calling this film a story, however, is at once a mistruth and an injustice. This film is much more of an experience or an atmosphere to immerse yourself in than anything else. The film meanders at a leisurely pace with very little in the way of plot beats. Sure, there are certain events that happen that can loosely be called “story beats” but that really isn’t the point. The film feels like a vacation in Italy and treats its viewers like guests enjoying that same experience. The piano-laden soundtrack and colouring really help to bring this aspect of the film to life. This experiential approach to the filmmaking might put some people off but it really is in service of the one aspect that makes this film what it is: an investigation into the emotions of temporary romance.

This film is about one thing and one thing only: the romance between two people. And you might say: “Well, that is nothing we haven’t seen before”. This might be true, but I am willing to bet you might not have seen it captured in quite the way this film manages to portray its subject matter. Call Me By Your Name deftly captures both the intensity of short-lived, deeply-felt romance and sexual intimacy, and the bittersweet heartache and emotions that accompanies its departure. The film truly excels in this aspect to such a degree that any flaws the film may have (which admittedly are few) just melt away in the swirl of emotions presented in this wonderfully woven tapestry. 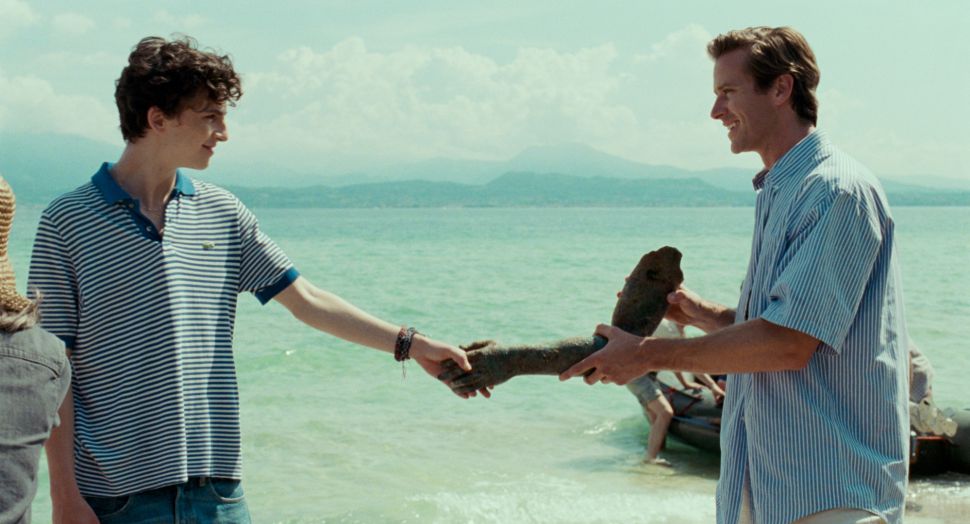 This romance wouldn’t work so well if we didn’t care about the characters. And honestly, by the end of the film you will struggle NOT to care about them. Elio is a well-meaning, somewhat withdrawn young man at the peak of puberty. He struggles to let himself go and give in to the pleasures of the moment. Whereas, conversely, Oliver is a brash American man with a solid intellect who has no problem letting go and devouring each meal and interaction. These opposite perspectives allow the characters to grow through one another, and as any good romance should, develops their perspectives to accommodate the other. It is a pleasure to see the interactions between these characters unearth an intellectual playfulness and sexual urgency in their relationship.

While Elio’s parents are constant characters throughout the film, they act mostly as soundboards for the feelings of the two main characters. However, the last minutes of this movie actually elevates the proceedings to masterpiece territory. Call Me By Your Name culminates in a heartfelt father-son conversation that contains the type of romantic insights that are both refreshing and life-affirming. The film’s final shot that extends throughout the credits is perfectly on point to capture the emotional journey of the characters and the emotions associated with it. Genuinely sweet, heartbreaking, poignant and completely astute. Try to not feel anything, I dare you. 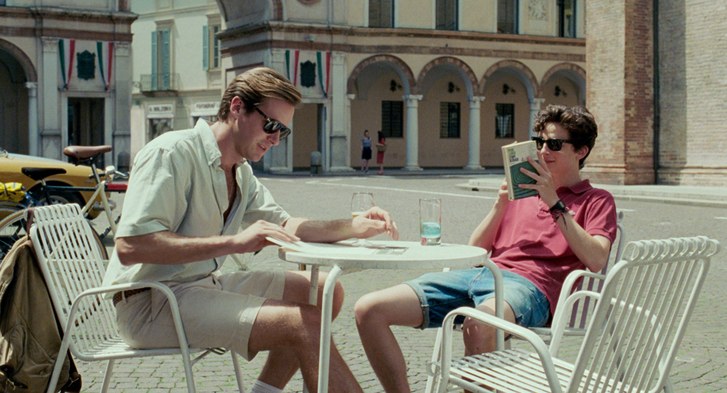 What didn’t I like about the film? It was a tad long. That’s it really. The rest of the film is exceedingly well executed in terms of everything from direction to cinematography to sound.

I could probably write an entire essay here on the themes regarding sexual awakening and puberty to be found in the film. But we just don’t have the time for that. So in conclusion, should you watch this film? The answer is a resounding YES. This is an almost perfect romance film if you are looking to get lost in emotional atmosphere and want to feel something that transcends the limits of cinema to become real and tangible. However, be warned: some people will undoubtedly find the film pretentious as there are multiple academic discussions referencing Heidegger and etymology throughout the film. Some might find the pacing problematic and the lack of story progression somewhat dull. But if you think you have a heart and don’t mind lingering in the film’s pastel-coloured landscapes and languishing conversations this is absolutely a must-see. Call Me By Your Name will leave you with a sweet melancholy only reserved for the best on-screen romances. I give it a ripe peach out of ten.

Call Me By Your Name is directed by Luca Guadagnino and stars Armie Hammer, Timothée Chalamet, and Michael Stuhlbarg. It’s in cinemas on 23 February.